Air Jordans, now commonly known as Jordan Brand has a long and rich history starting from 1985 when the first model was released, the Air Jordan 1.

Not only was Michael Jordan defying gravity and schooling opponents, but his Air Jordans were sought after because everybody wanted to be like Mike.

It wasn’t all fun and games though. In 1985 NBA commissioner David Stern banned Michael from wearing the Air Jordan 1 in black/red due to not meeting the NBA’s dress code. Each time Michael wore them, he would be finned $5,000. Nike saw this and took on a perfect marketing ploy. They would pay Jordan’s fines and released a commercial giving this pair the nickname “Banned”.

Around 1987 Spike Lee would starting producing and starring/co-starring in the newest Air Jordan commercials. The last commercial Spike would do was in 2005 for the Air Jordan 20.

The following individuals are designers for each Jordan shoe:

To date, we have seen popular Air Jordan retro, joined together in packs, fusion models and new “team” Jordans release. Below you can find Each Jordan shoe by model with history and information.

Wanting to find out when Jordan’s release? Check out our Air Jordan Release Dates page. 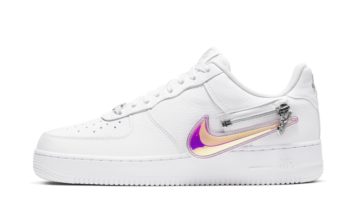 How the Air Jordan 4 ‘Court Purple’ Looks On Feet