The Air Jordan 11 are loved by many sneaker enthusiasts and are always a sell out. 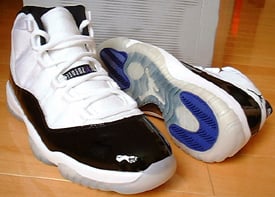 Michael Jordan was now back in the NBA, and the Air Jordan XI was his shoe for the 1995-1996 season. But before Michael Jordan wore the model, Tinker had to design them.

Tinker Hatfield thought that Nike should pull out all the stops and make a shoe out of materials that had never been used in a basketball shoe. At first, Tinker was thinking of using some high-end nylons, but good thing he changed his mind. Tinker wanted the Air Jordan 11 to look like a convertible, with a shiny body, so that is why the Air Jordan XI had patent leather.

Not only was it the patent leather on the Air Jordan XI made them special, but the addition of a lightweight Phylon midsole with a full-length Air-Sole unit and full-length carbon fiber plate, as well as being supportive. But sadly, there were some defects in them.

For the look of the shoe itself, Tinker was (like always) thinking of some inspirations. If you’re an artist, then anything can inspire you, so when Tinker saw a yellow lawn mower you wonder how he fit that into the Jordan 11. According to Tinker: 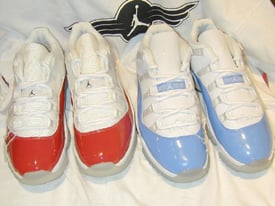 “There are designers out there designing lawn mowers to look like sports cars.”.In 1995-96 playoffs, Michael had a bad spill wearing the AJ XI, and the reason being is poor traction. Also the midsole would get creases very fast. 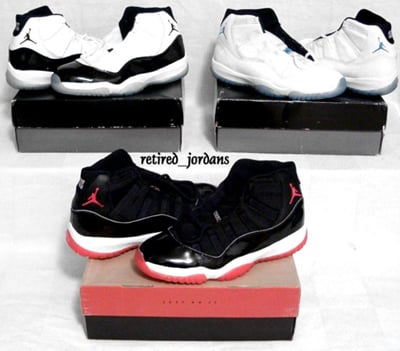