The whole Air Jordan Retro phase started back in 1994 with the Air Jordan 3. Two color ways had released, the White/Cement and Black/Cement. Since then, both color ways have released again (Black/Cement in 2001 and White/Cement in 2003), but the white/cement did not have the famous “Nike Air” on the heel. The Nike/Jordan Brand jumped back and decided to Retro the Air Jordan 1 in the White/Black/Red and Black/Red color ways. Both retailed at $80, but sold terribly and hitting sales racks for $20. 1994-1995 the Air Jordan 2 was finally Retro. A High top and Low model were released in the popular white/black/red color way, but once again sold very bad.

You would think after bad sells of the Air Jordan Retro models Jordan Brand would not Retro again, but this is not the case. In 1999 the Air Jordan 4 was Retro and sold well. Two of the Original Color ways released, the Black/Cement and White Cement 4. Since then many color ways have Retro of the Air Jordan 4, a few would be the Military Blue and Fire Red aka Mars Blackmon 4.

Since 1999 The Air Jordan 1 to he Air Jordan 14 have Retro, some models more than others. Recently, Jordan Brand has Retro a lot of the Original Color ways. Many reasons have circulated the internet why this is happening, but like always you have people loving and hating this idea. One serious flaw to the Air Jordan Retro is no Nike Air sign. Many sneakerheads miss this feature, and I personally am one of them.

Recent years of the Retro Air Jordan’s releasing, the quality has gone down. Some big topics were excess glue, creased very easy and sloppy stitching were discussed through many sneaker message boards. On the White/Green Air Jordan 4 the netting on the side would yellow very fast and the tongue was not made out of the usual leather, but another cheap material.

All in all I do think a lot of people are happy with the Air Jordan Retro, it gives us a chance to own a pair of Original Color that released when we were younger. Personally it brings back a lot of good memories. 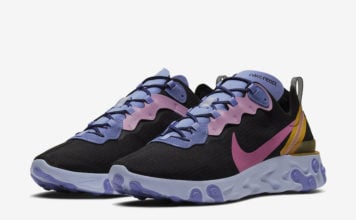