In 1992-1993 when Tinker Hatfield and Nike started working on the Air Jordan 9, Michael Jordan was in Asia to promote for Nike. 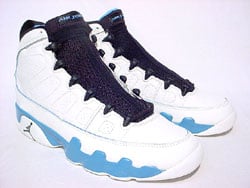 Tinker was really influenced by Japanese design. There is a lot of features on the shoe that you may not know which came from the Japanese culture. 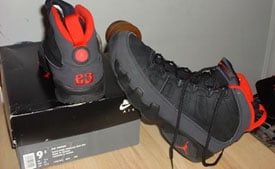 On the back of the Air Jordan 9 you will see a “Rising Sun” with the Jumpman logo. On the shoe it self there are words in different languages that best represents Michael Jordan, and those words are:

When asked what shoe should be on the statue of Michael Jordan in front of the United Center in Chicago, 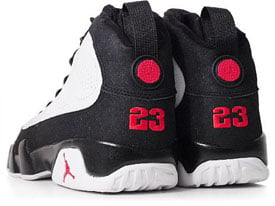