It has been quite some time since the Air Jordan IX Low Retro were first introduced to the public back in 2002. It may not feel like a long time, but the Air Jordan 9 (IX) Retro Low White / Blue Pearl often goes overlooked as do many Air Jordan IX Retro’s. 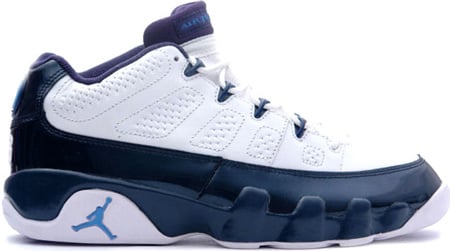