Although Jordan did not wear the Air Jordan Original 9 (IX) White – Black – True Red other famous people did, like Tupac Shakur and later Eminem. Retail was $125, but nowadays you will have to fork out $300 plus. 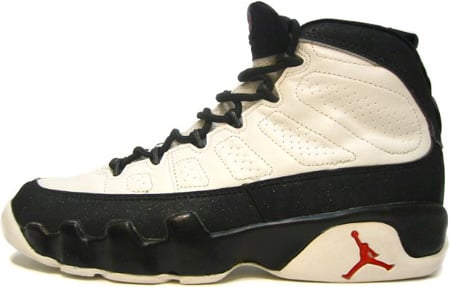