Nike all started with Phil Knight, a middle distance runner and accounting student at the University of Oregon, and Bill Bowerman Phil’s coach. Their love to sports is what brought them together, but they also had a love for technology of sports shoes and apparel. In 1962 Knight finished his studies, and went on a trip around the world. While in Japan, Knight started to importing Japanese running shoes to the United States, only investing $500, and in return had 200 pairs of sneakers in the U.S.

While Phil was working for Onitsuka Tiger, he thought it would make a lot more profit if he started producing their own shoes. In 1971 employee Jeff Johnson thought up the name Nike (after the Greek goddess of victory). Phil Knight had finally obtained a name for the now huge company, but he needed a logo. Caroline Davidson, who met Phil while she was a student at University of Oregon. She was asked to design the logo for Nike, which is well known across the world “The Swoosh”. 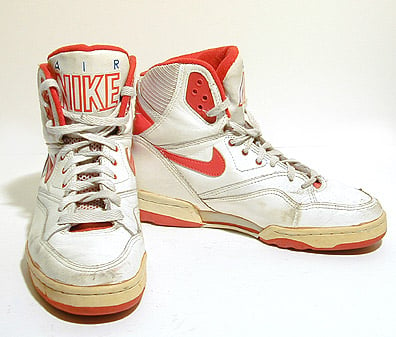 In 1987 Nike released their firs model of the Air Max line. The air bubbles and comfortable feel convinced many people to grab a pair. Nike at first was only known as a running shoe company, but in 1984 Nike had signed basketball play Michael Jordan, which till this day is apart of Nike. Some of models that are well known till this day are: Nike Air Force 1, Nike Vandals, Nike Air Max line, and Nike Air Jordans. Till this day Nike continues to advance their technology, one model at a time.