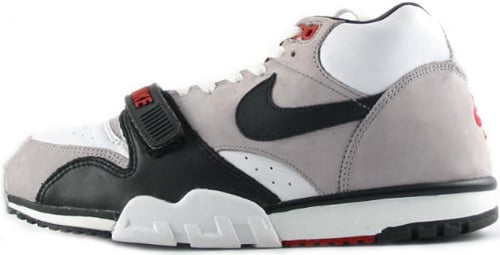 Upon its release in 1987, the Nike Air Trainer 1 was a big hit. It has been reissued in the mid-1990’s with several new color ways. A special skate edition was released in 2003. The Nike Air Trainer 1 also experienced fame by appearing in the NBA and being worn by tennis star John McEnroe.