The Nike Wimbledon was Nike’s most popular and successful tennis shoe. It was worn by tennis superstar John McEnroe, which only helped with sales. It was a very simple sneaker, low-cut with a large Nike Swoosh on the side. 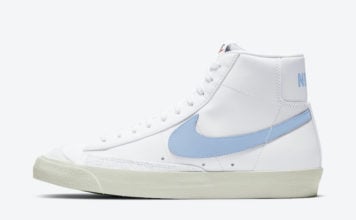