Released in January 2008, the Nike Zoom Kobe III (3) will be featured in a two color combinations including a Purple and Gold Los Angeles Lakers China Edition and a Black and Dark Grey. However, other color-ways such as a Grey and Light Blue as well as White and Black. Unlike the design of the previous Zoom Kobe’s, the outside of the shoe resembles a basketball net surrounding most of the sides.

[ratings]
The Zoom Kobe I and II were similar in overall design but the Nike Zoom Kobe III (3) doesn’t feature the Nike swoosh on the side, only the back were it wraps around.Besides the already mentioned color-ways, a special Rice High School Basketball team Nike Zoom Kobe III was designed to match their jersey colors, Black, Gold and Green. 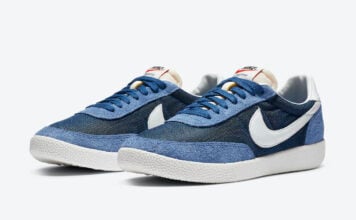