Jordan Brand began releasing fusions in 2008 and it is becoming quite obvious that they will continue their newest trend throughout this new year. The latest product of this “love it or hate it” Force Fusion line is the Air Jordan Force Fusion IV which merges characteristics of the Air Jordan 4 with the classic body and midsole of the Air Force 1. This pair is inspired by the AJ4 and any fan of the Jordan numbered line will quickly realize the resemblance. Featuring wings, netting, a shoe lace region, and a back heel tab reminiscent of the Air Jordan IV, this pair will will hit home with the AF1 fans through the use of the classic toebox and midsole which includes Nike’s patented clear air bubble. Another key aspect of this sneaker which we have not seen before is the placement of a Nike Swoosh behind the netting on the upper.

After the jump, you can check out larger pictures of three colorways of the Air Jordan Force Fusion IV which are all derived from popular Air Jordan IV colorways. The first of these colorways comes from the Fire Red Air Jordan IV and features a white upper with red and black accents. The second is inspired by the Military AJ4 and yields a white upper with blue accents and a cream midsole. The third and final colorway takes inspiration from the “Bred” Air Jordan 4 and comes with a black base accented by a partially red outsole and a grey midsole. Please remember that none of these colorways are confirmed by Jordan Brand, but the odds of these releasing in the upcoming months are high. From what we hear, these will be begin releasing in early July of 2009, but be sure to stay tuned for updates. Via NT. 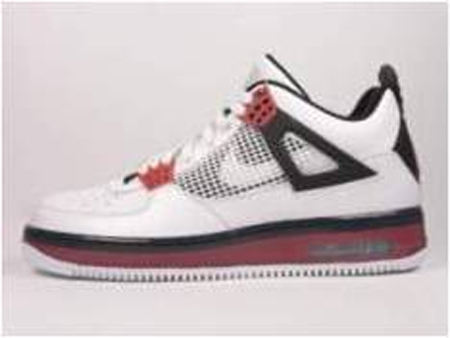 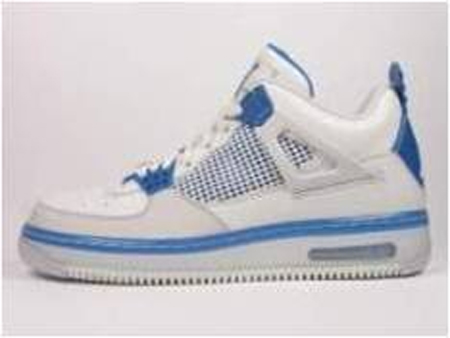 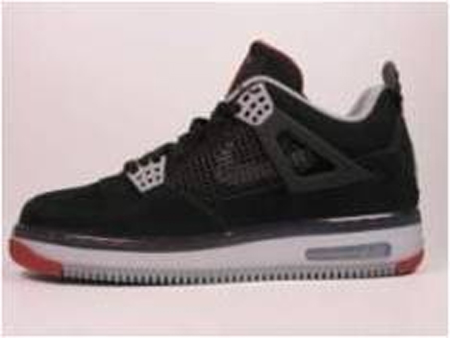 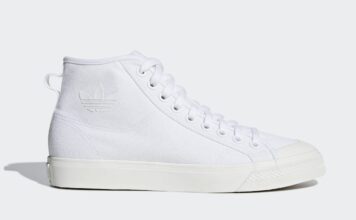