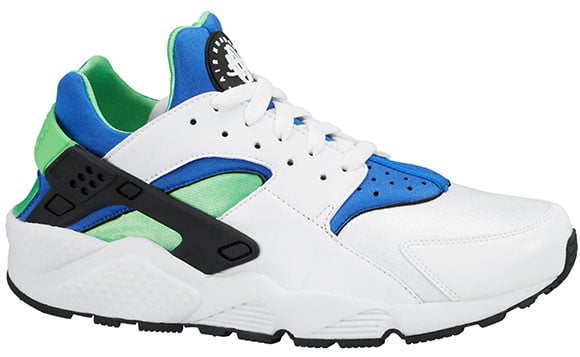 2014, more precisely this Summer is the year of the Air Huarache. We have seen various color schemes release and due to release, some being Euro exclusives while others releasing world wide. One pair, a staple in the Huarache line known as Scream Green is set to make a return.

One of the highly sought after pairs of the Nike Air Huarache, the Scream Green was an original colorway. Staying true, white is placed on the uppers with a mixture of scream green and blue.

Although we don’t have a release date just yet, rumors have circulated that August will be the month the drop.