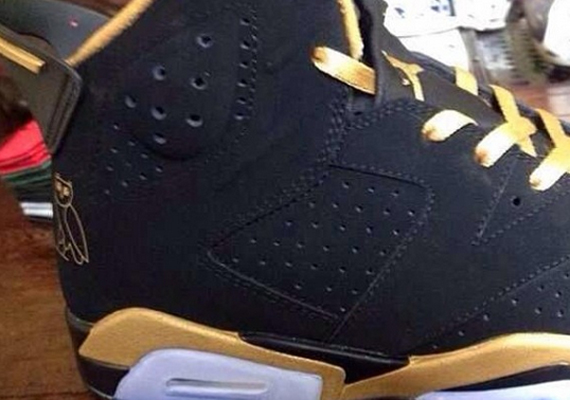 Do you remember on April 1st how we reported on a pair of Air Jordan 6 OVO that were just an April Fools joke? Yeah well it looks like the joke is on us as some images surfaced of the same pair.

Originally, this was a photoshop, but maybe someone at the brand or even Drake himself liked what he saw and wanted a pair. Either way, it would be cool if they released but it is not likely.

Taking on a DMP Jordan 6 approach, you can see Drake’s OVO owl is added right next to the Jumpman logo on the heel.

So we got to ask, should JB and Drake drop these? 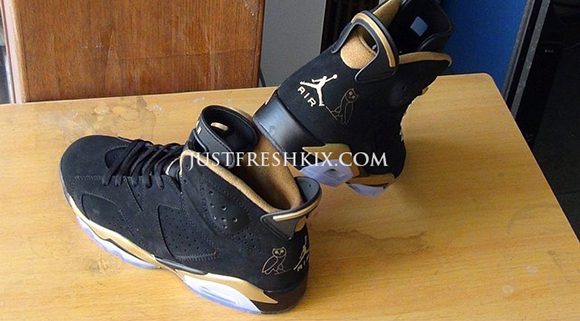