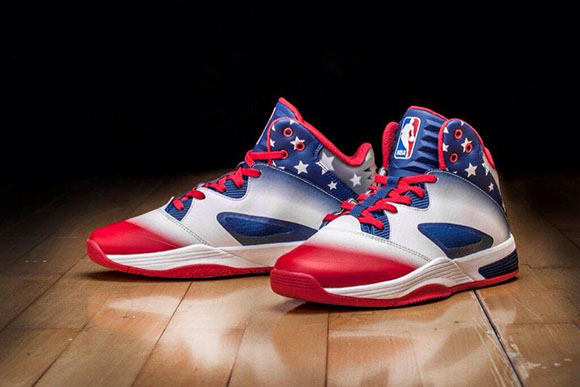 Can you believe the NBA will be celebrating its 68th anniversary? Seems like a long time. But as we know, basketball has been around much longer. You can be assured the NBA will kick off some cool stuff, one being an official pair of sneakers.

As you can see, the NBA 68th Anniversary kicks feature an American red, white and blue theme along with the logo placed on the tongue along with stars around the collar. No word on which brand is actually manufacturing the shoes, but we speculate that Spalding is.

Limited to 1946. Stick with Sneaker Files for the official release.