HomeAir Jordan$3 Million Worth of Stolen Shoes Found in Kentucky

$3 Million Worth of Stolen Shoes Found in Kentucky 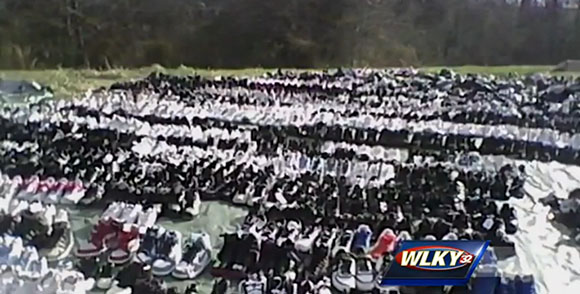 Reselling has become a very lucrative market over the years. So much that you can survive solely on buying and flipping. With that said, a woman somehow was “given” 3 Million worth of sneakers that was reported stolen back in 2009.

Originally the shoes were sent from the Nike distribution center in Texas to Tennessee. Somehow in the transit, the shoes found its way to Kentucky. The woman selling the shoes said she received them from another woman in Casey County. Nike security has verified the shoes by shipping labels.

According to the video which can be seen on WLKY32, they were selling each pair for $5 each, around the cost of what Nike would pay.

The investigation is on-going and at this time no one has been arrested.