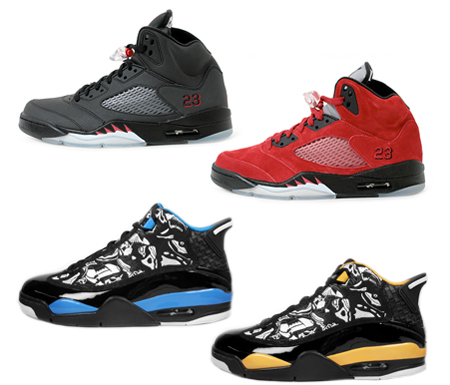 Ever since the Defining Moments Package (DMP) dropped back in 2006, sneakerheads worldwide wondered if a DMP2 would ever be released. Rumors spread a while ago that a new pack composed of two pairs of the Air Jordan 5 would be the sequel to the 2006 package, but nothing was confirmed at the time. And then not too long ago, we confirmed the rumors and showcased detailed pictures of each sneaker. Now, the time has finally come for the Air Jordan 5 Retro DMP to release. If you haven’t noticed by now, this package will consist of two sneakers: a red suede Air Jordan 5 and a black 3M Air Jordan 5, and will retail for $310.

With all the hype behind the Air Jordan 5 Retro DMP as of late, many have forgotten about the two other sneakers that will be releasing this weekend. Both sneakers are reissues of the Air Jordan Dub Zero and both feature black patent leather bases. On the first pair, the black base is accented by white stitching and laser blue hits on the inner lining and midsole, while the second sneaker features a black upper with white and taxi accents. The Air Jordan 5 Retro DMP and the two Air Jordan Dub Zeros will release on May 23, 2009 for a retail price of $310 and $160, respectively. Be sure to check out the detailed pictures and tech information after the ‘jump.’ 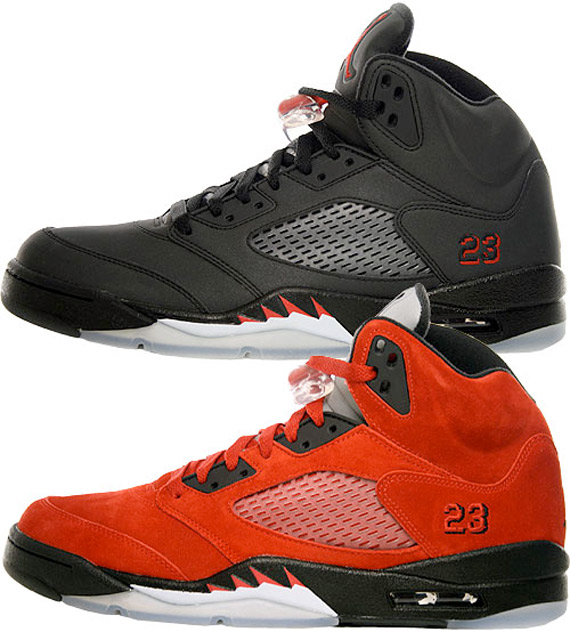 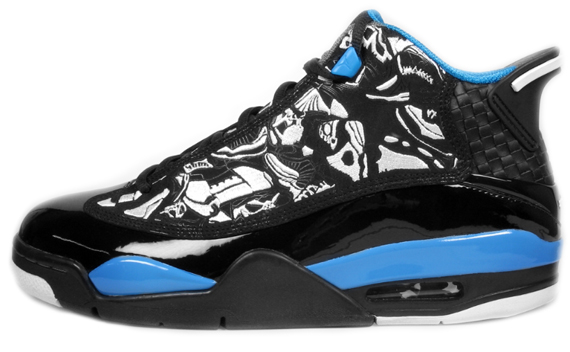 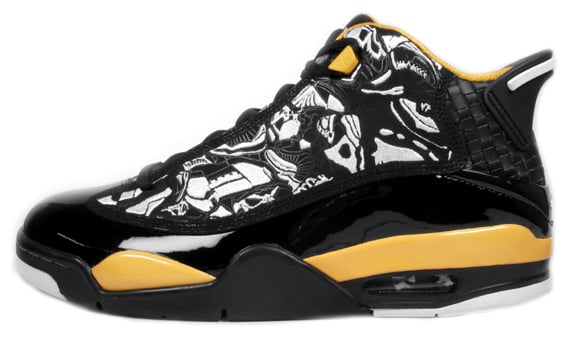