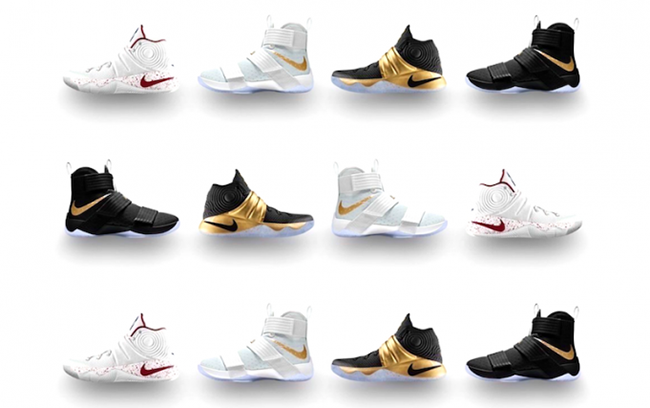 Nike Basketball has launched another Pack celebrating not only Opening Night, but will pay tribute to LeBron James, Kyrie Irving and the Cleveland Cavaliers NBA Championship. Known as the NikeID LeBron x Kyrie Championship Pack, they are available now.

As you probably guess, the pack includes the Nike LeBron Soldier 10 and the Nike Kyrie 2. The base of the design comes from Game 6 and Game 7 of the 2016 NBA Finals. Each has their own theme with the Kyrie 2 known as ‘The Shot’ and the LeBron Soldier 10 dubbed ‘The Block’. 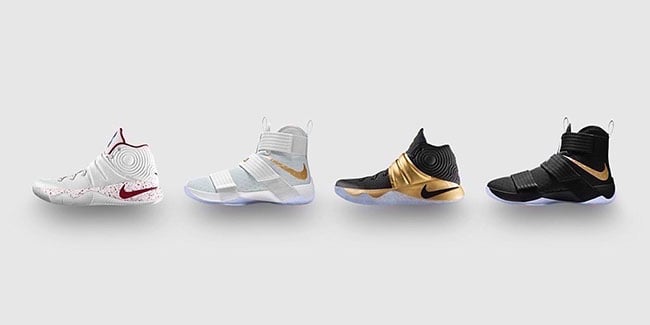