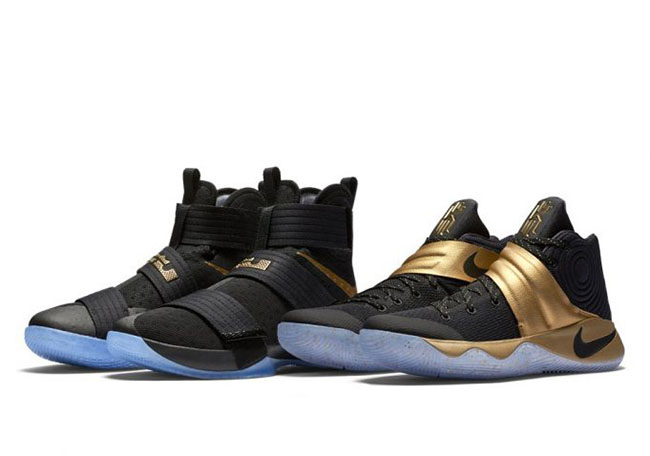 Game 7 of the 2016 NBA Finals will also be remembered. Not just for Cleveland Cavaliers fans but those that enjoy Basketball. Paying tribute to the win, Nike Basketball has released the Four Wins Game 7 Pack.

Once again, the Game 7 Champ Pack features the Nike LeBron Soldier 10 and the Nike Kyrie 2. Using a road theme, they both feature a predominate Black base while Gold accents the two. Finishing the look is an icy translucent outsole.

The Nike Basketball Four Wins Game 7 Fifty-Two Years Championship Pack released today at select Nike Basketball retailers. Below you can check out the entire list. While more than likely the stores are sold-out, you can grab them now on eBay. 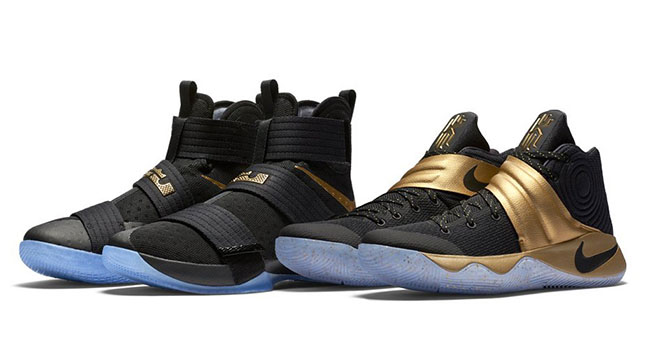 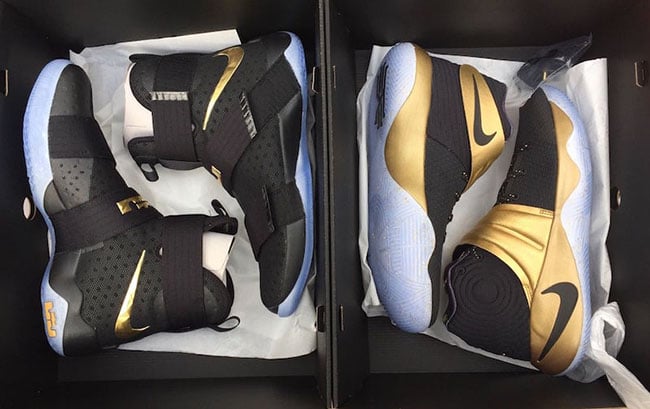