After sitting down with Justin Taylor and talking about the Jordan Melo M9, we got a chance to catch up with Andre Doxey from Jordan Brand who designed the Jordan CP3.VI.

One of the main focuses on the Jordan CP3.VI is making the shoe lighter. Compared to the CP3.V, the CP3.VI weighs 20% lighter at 11.5 ounces.

The uppers are constructed of one piece Hyperfuse which splits at the heel. Chris Paul tends to drag his feet when doing a crossover, so the Hyperfuse helps for durability (as well as breath ability).

Inspiration for the design came from Dragonflies and the Cheetah. On the court, Chris Paul is fast this is where dragonflies come into play. You can also see the uppers feature a dragonfly design.

When Chris Paul was a kid, his favorite shoe was the Air Jordan 13. Sadly, this shoe was stolen from him. Since the Jordan 13 is known as the “Black Cat” aka cheetah, Jordan Brand decided to take characteristics and place it on the CP3.VI. For example, the sole and outsole resemble a cheetahs paw.

Speaking of the sole, Jordan Brand decided to go with Podulon material, a favorite of Chris Paul’s.

Other small details on the Jordan CP3.VI include a resemblance to the Chevron logo (Chris Paul’s grandfather use to own a Chevron gas station), and his area code on the lace tips.

The Olympic Jordan CP3.VI has already hit retailers with the next release being the Nitro Pack (LA Only) during the third week of October (October 21st). November 3rd national release for his On Court colorways and Spring for College inspired colorways. Retail price is $125. 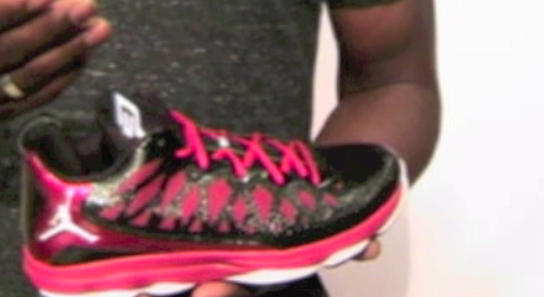