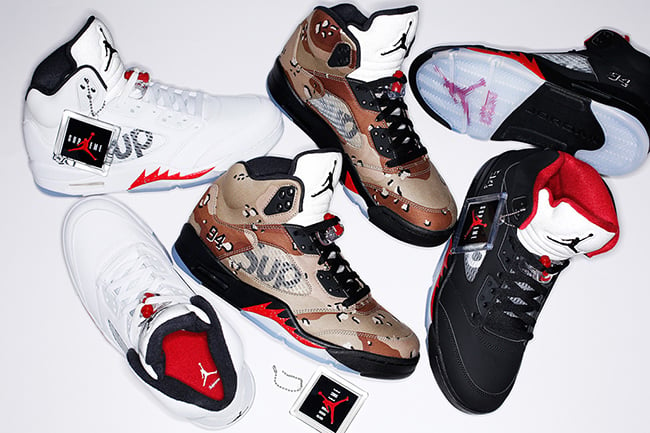 We have had our fair share of images of the upcoming Supreme x Air Jordan 5 collection. Starting with our first looks, detailed images and even on feet. Now we have a look at all the pairs together.

The three pairs of Air Jordan 5s by Supreme are known as ‘Desert Camo‘, ‘White‘ and ‘Black‘ but are not the official names of the shoes. Some of the unique details the shoes will have is ‘SUP’ branding across the translucent mesh on the sides and the number ’94’ by the heel for when the store opened. All the tongue will have 3M reflective material, while 2 out of the 3 resemble a past Jordan 5 release.

More images of the ‘Supreme’ x Air Jordan 5 collection grouped together can be seen below. We have heard all three pairs will be a limited release, but how limited is unknown. The trio will launch tomorrow, October 16th, 2015 at their Supreme London location and online. The Japan store will drop them on October 17th, while the LA and NYC locations will not be releasing the shoes. 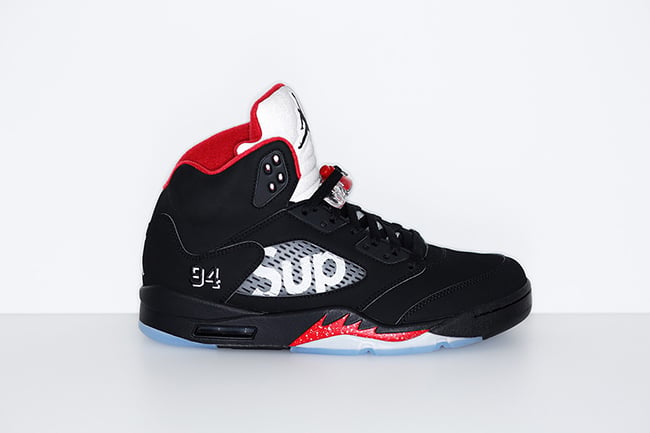 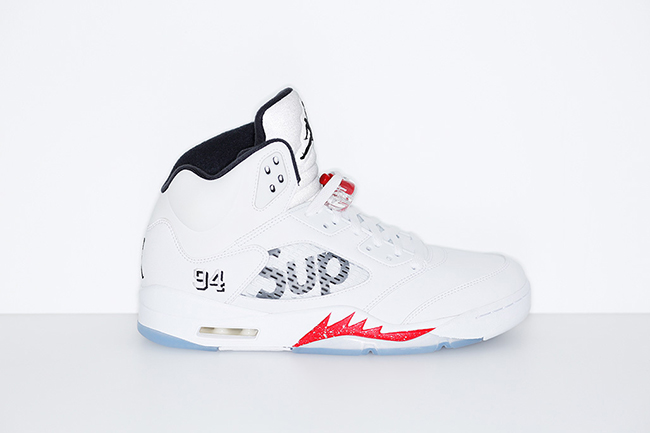 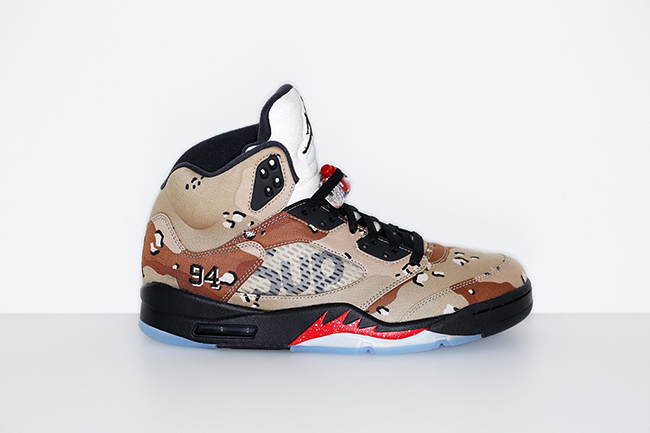 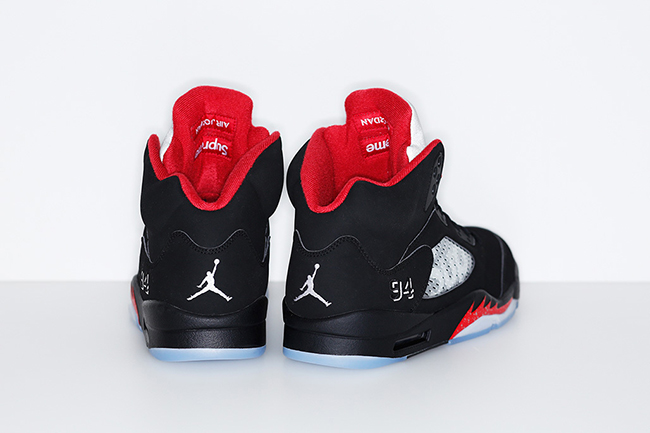 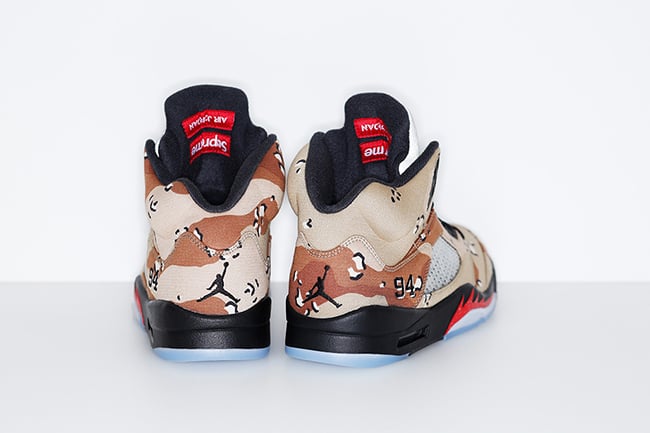 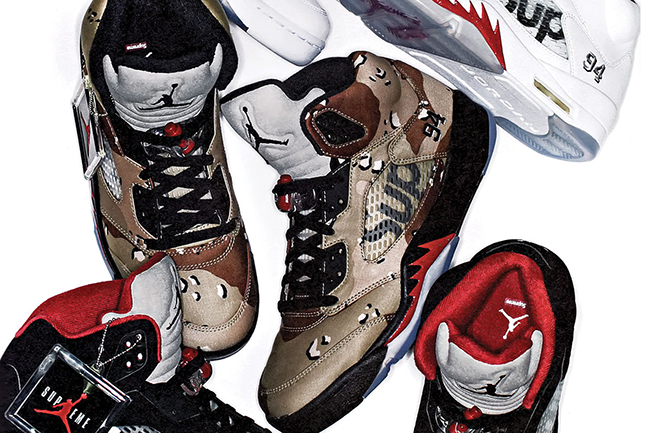 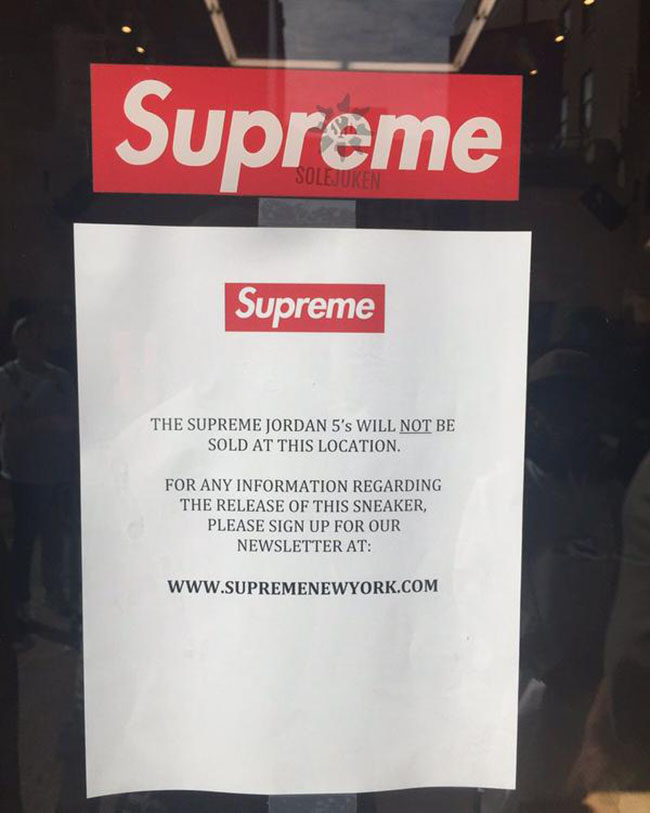 Update: Thanks to US11, who entered the live chat with Nike Store Europe, threw some product numbers out and the person at Nike was able to help with release dates on the Supreme x Air Jordan 5 collection. According to the rep, we will see the Black and White pair release on October 15th, 2015. Following is the Camo edition that will release on October 31st, 2015. 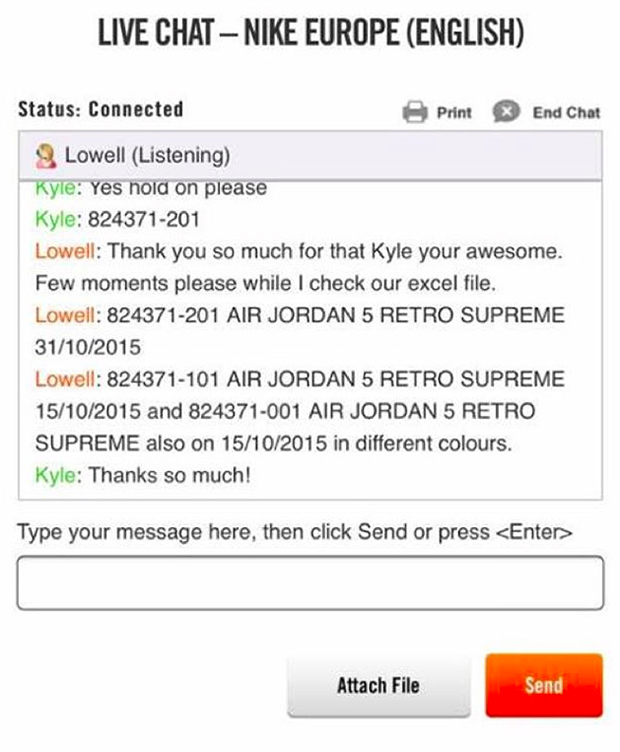 Update: With a release expected to take place in October, we have our first official look of the Supreme x Air Jordan 5 collection which looks like the early images were taken from Supreme. Make sure to check back for more info as we continue to cover the unveiling. 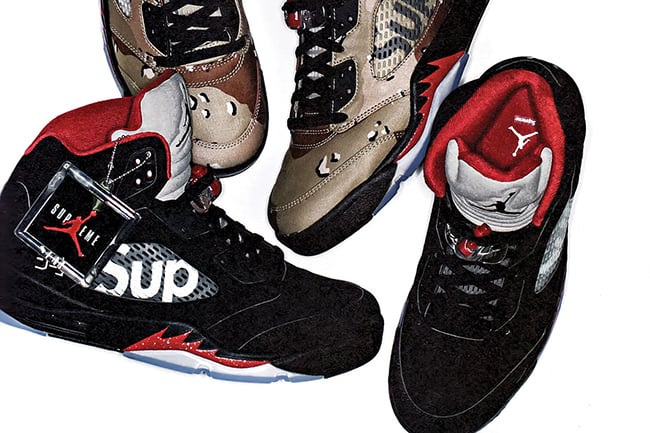 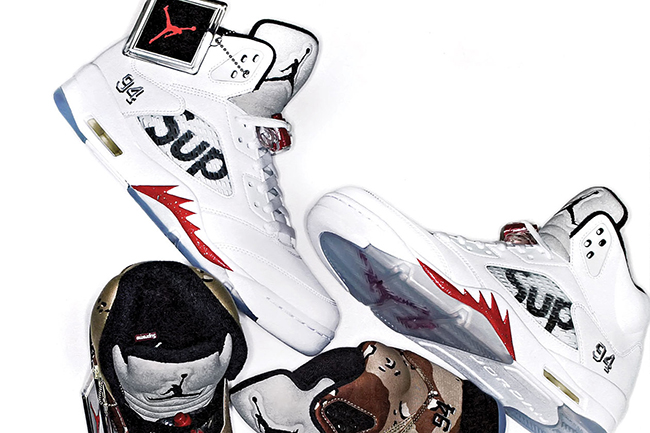 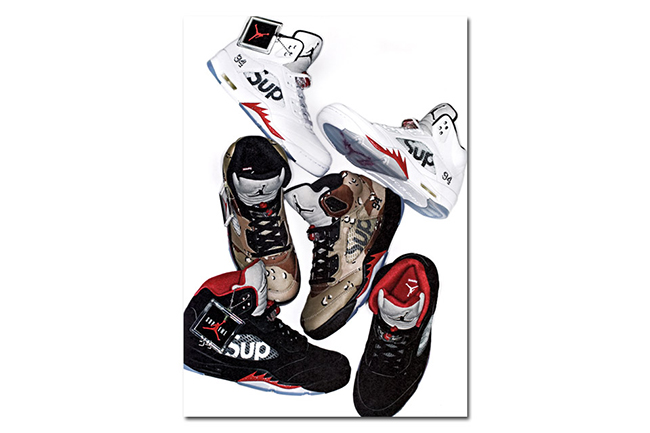 Update: We now have new images of the full Supreme x Air Jordan 5 collection as well as the box from copkickz. 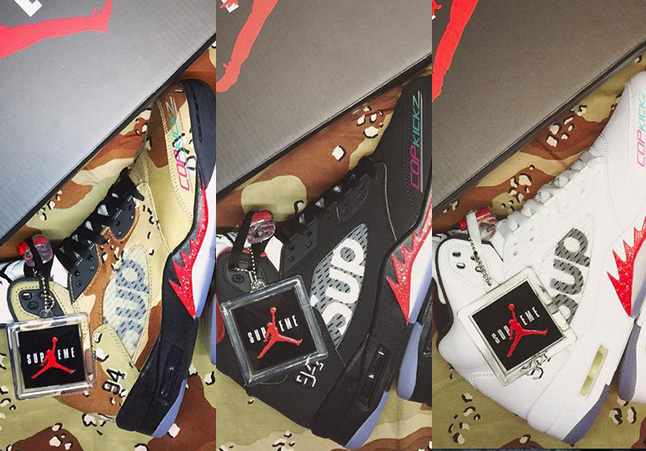 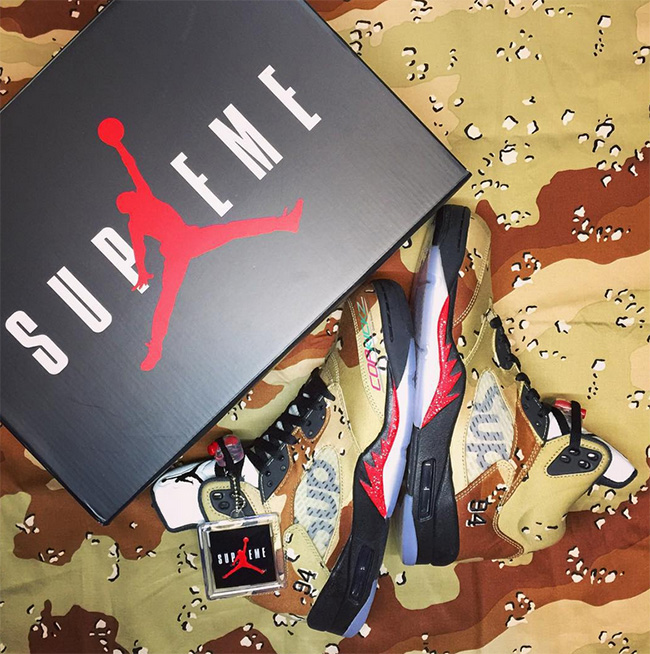 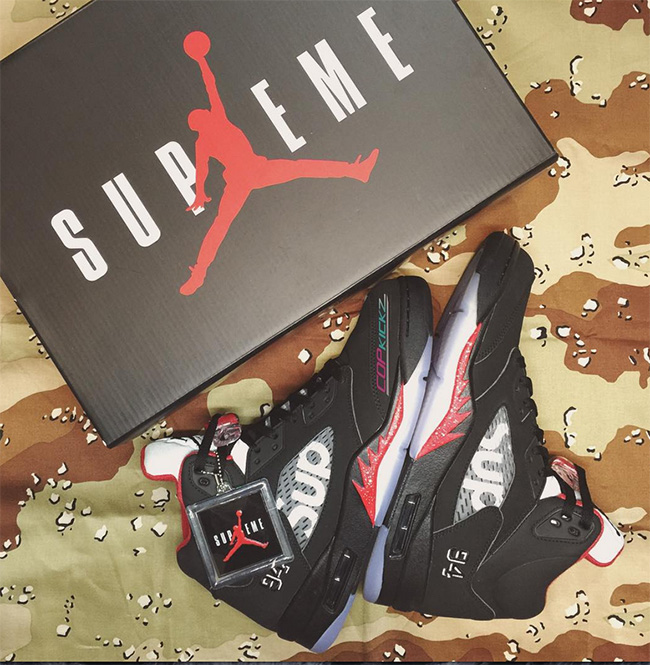 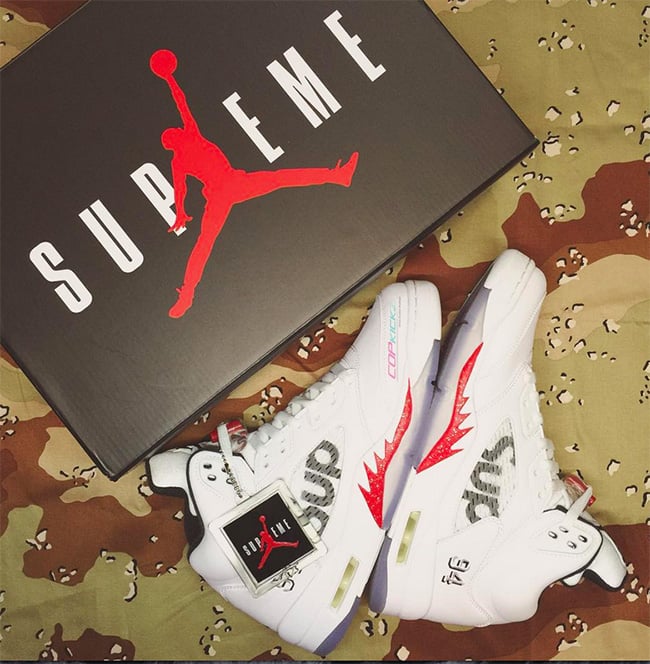 Update: New image showing the box tag has revealed the retail price for the Supreme x Air Jordan 5. They will cost $198, kind of an odd number but we are sure that it ties into the theme of things. 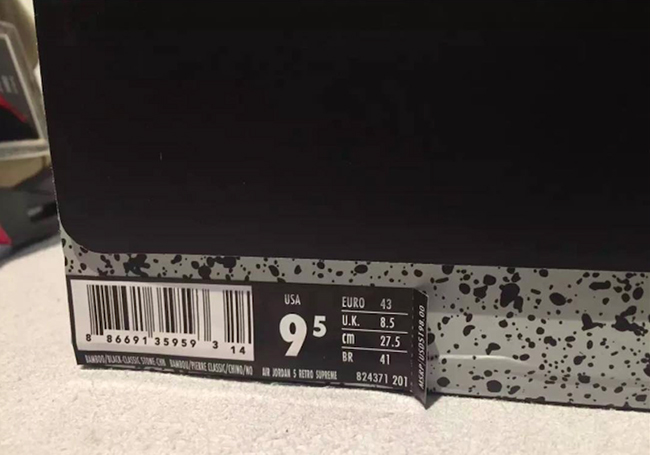 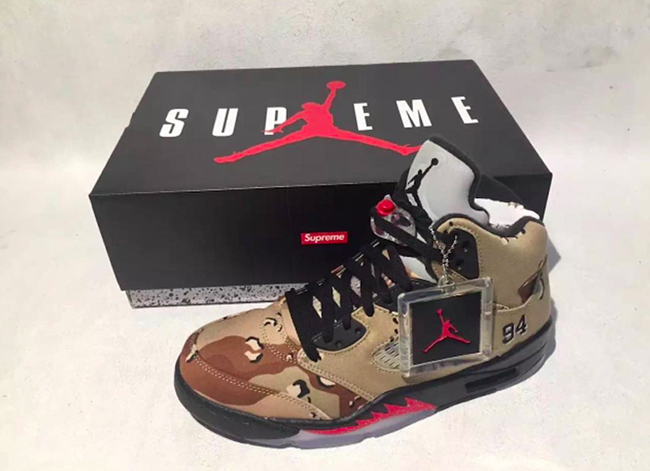 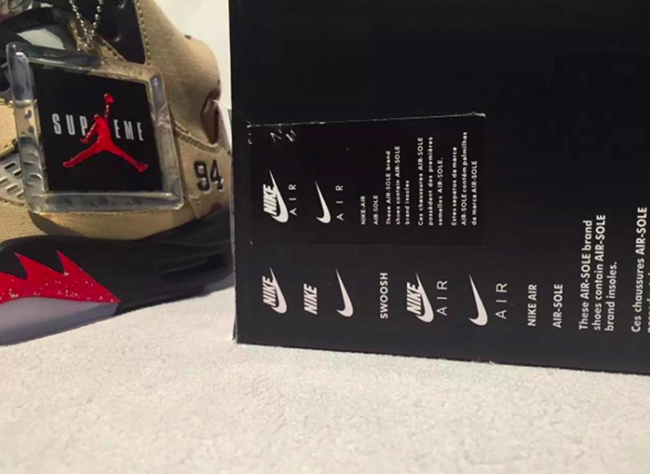 Update: Although a specific release date is not yet scheduled for the trio of Supreme x Air Jordan 5, they are rumored to launch in limited numbers during the month of October. For now, images have leaked of the collaborations packaging. As you can see, the box features what the OG Jordan 5 comes in, or even the newer retro models while ‘Supreme’ is written across the lid. On one side of the hangtag will be the Jordan Brand logo along with Supreme’s. 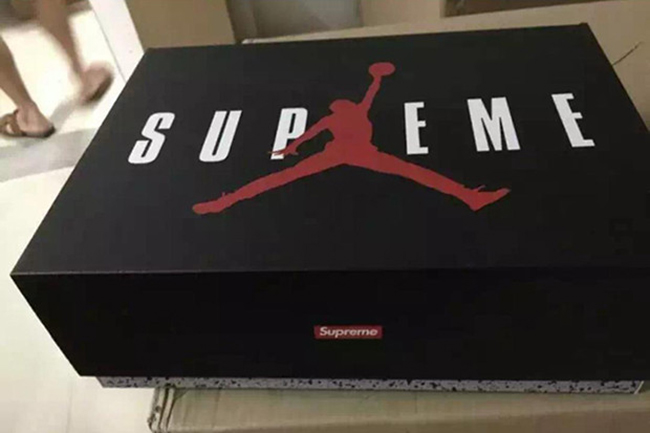 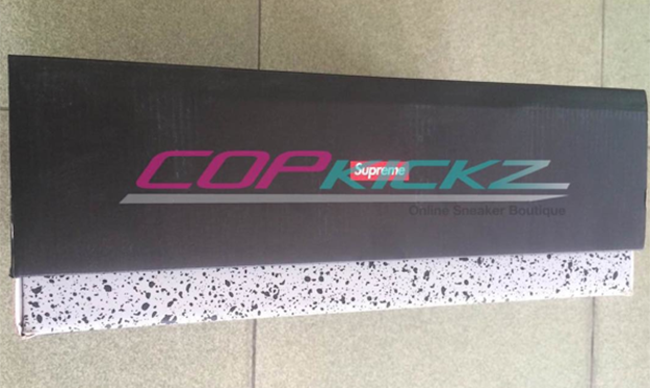 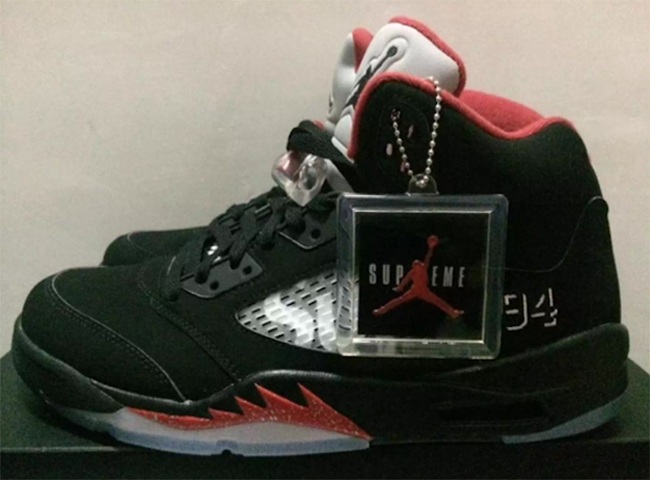 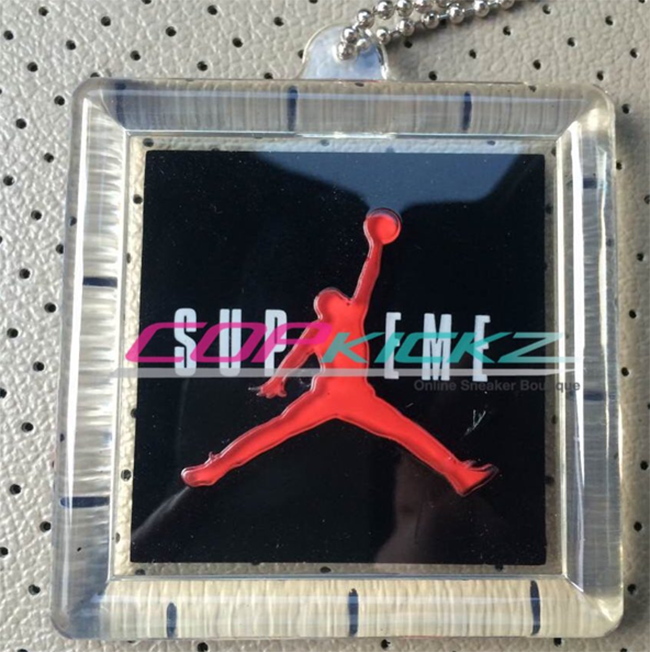 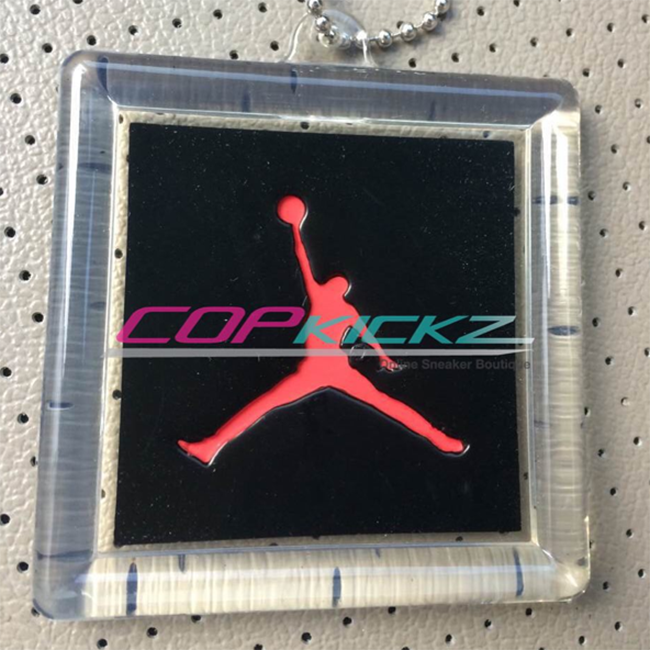 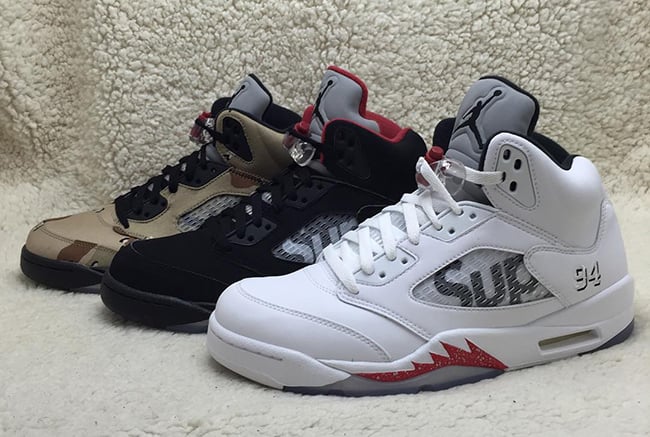 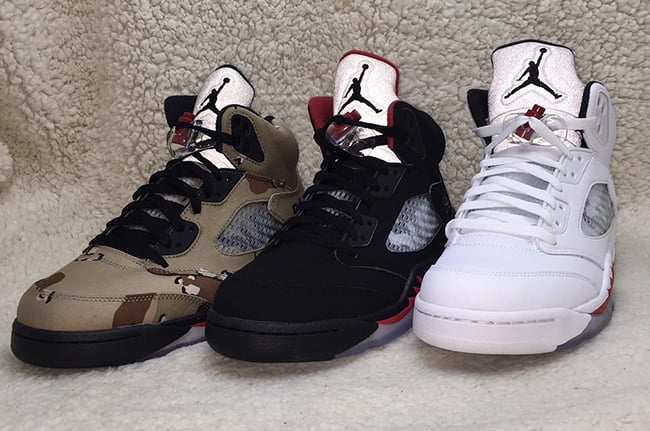 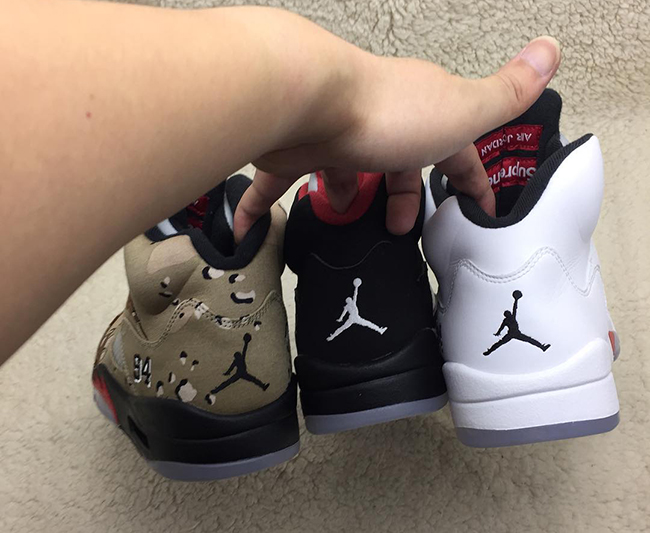