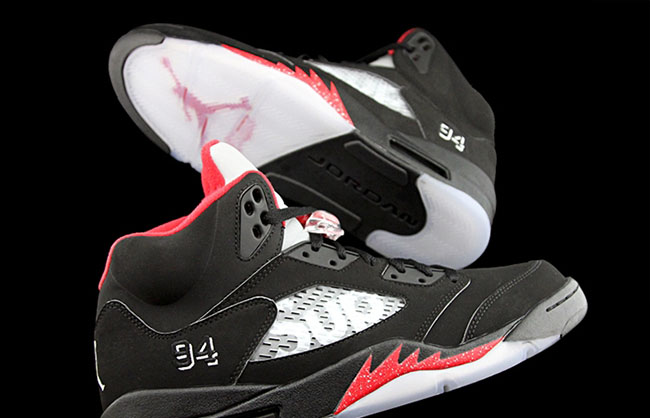 The second pair from the Supreme x Jordan Brand collaboration is the Supreme x Air Jordan 5 Black. If you’re just hearing about this joint release, there are three pairs expected to release from the two brands.

Built with a similar look to the black metallic with an addition from the fire red Jordan 5, this feature features black through the uppers with a nubuck finish. Fire red is added to the flames with a white speckled overlay, while also being placed on the liner and medial side. Tying into Supreme is their branding through the mesh paneling and the number 94 embroidered on the side, the year the store was established. Other details include 3M reflective material across the tongue and a translucent outsole.

See the other image of the Supreme x Air Jordan 5 ‘Black’ below and once more details become available like a release date, retail price and how many units are being produced, we will let you know. While you’re at it, leave a comment below and let us know what you think of the collaboration.

The Air Jordan 5 ‘Black’ by Supreme will not be an easy release to obtain. The shoes will debut at Supreme online for a retail price of $198. The London location will launch them tomorrow and Japan on October 17th.

Update: New images of the Black Supreme x Air Jordan 5 in high quality are now featured thanks to Marquee Sole. 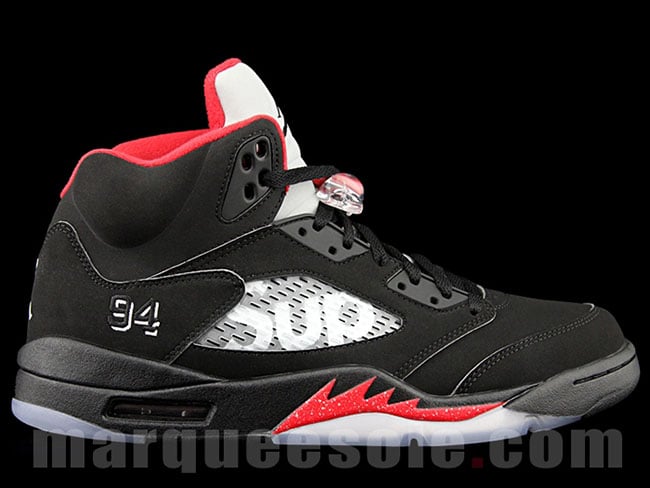 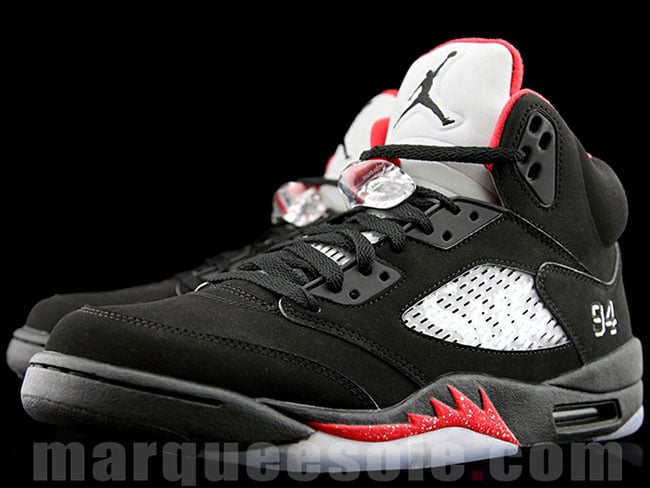 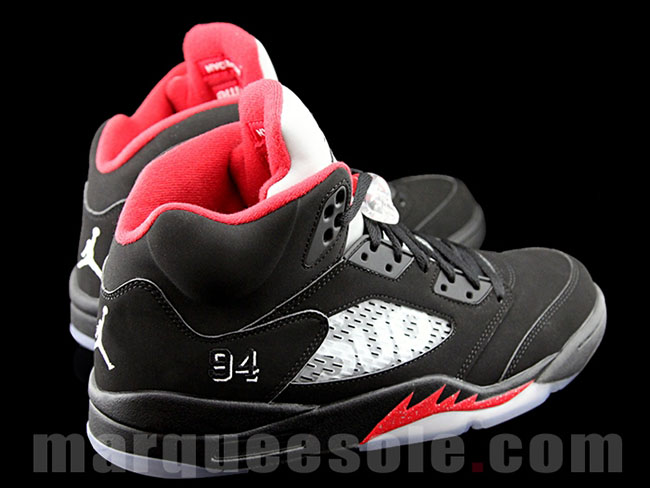 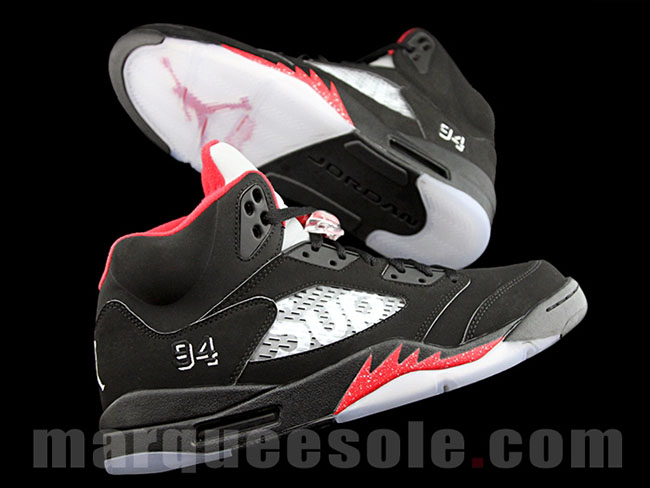 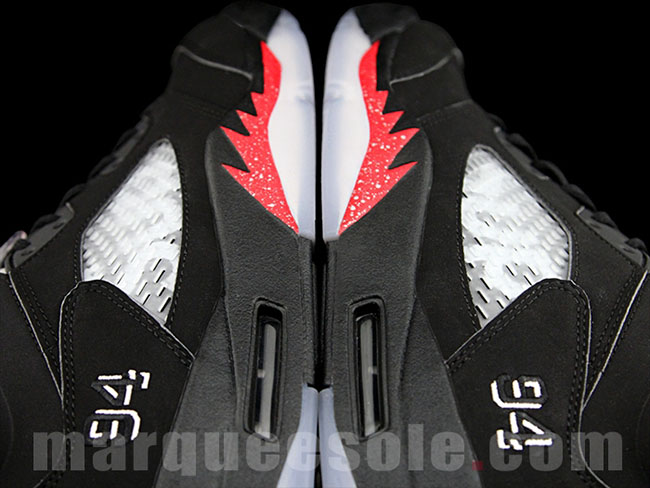 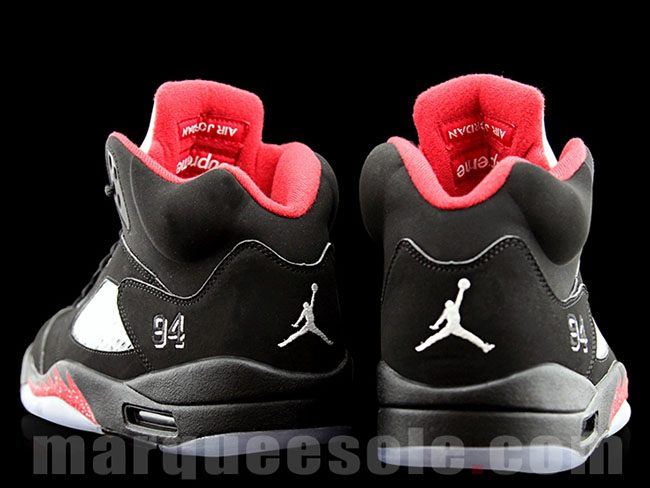 Update: We now have high quality images of the ‘Black’ Supreme x Air Jordan 5 being worn. Check out more pictures of this pair on feet below. 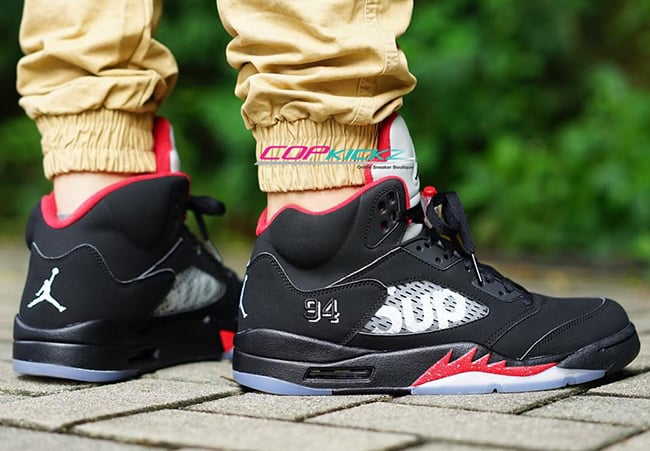 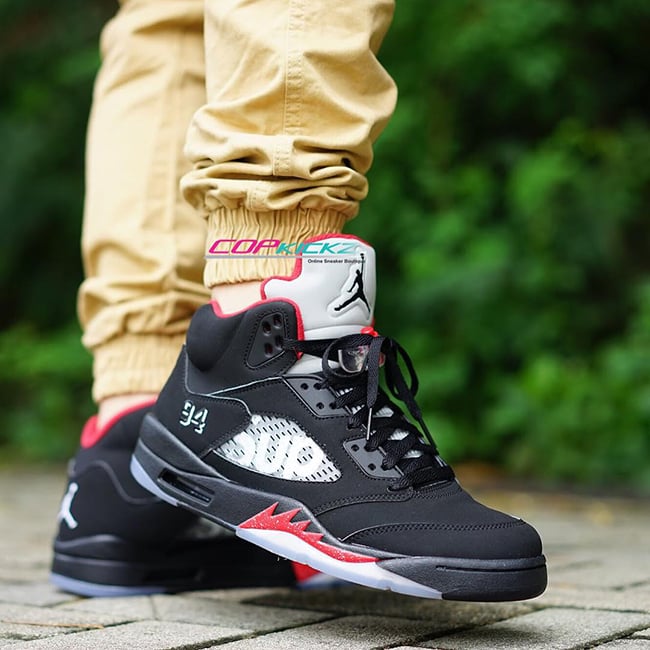 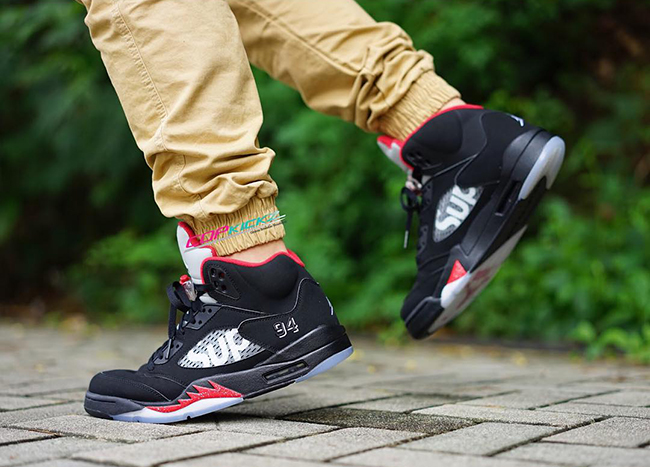 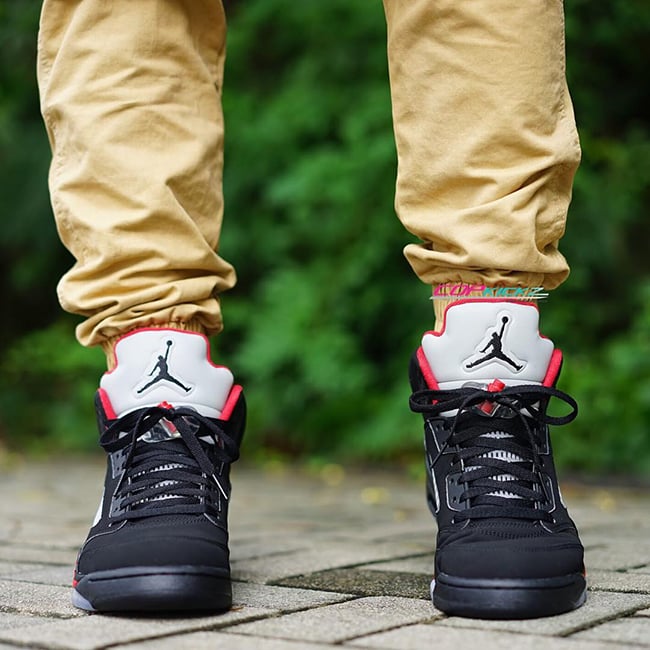 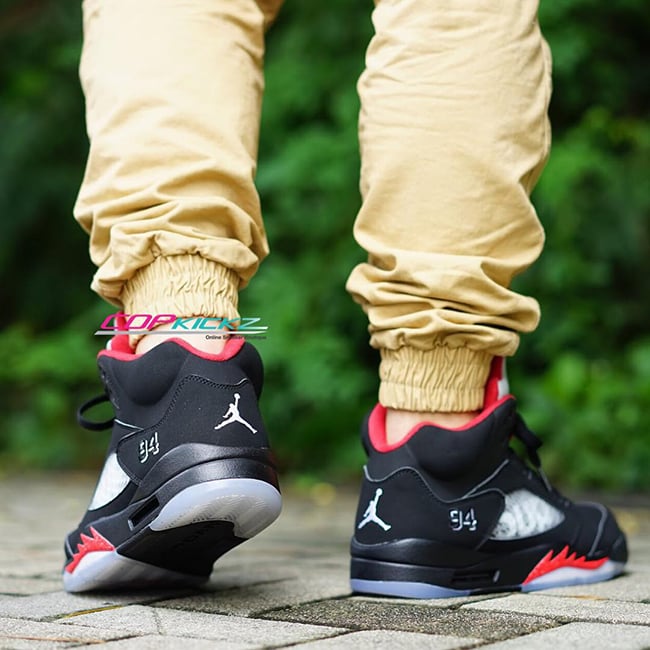 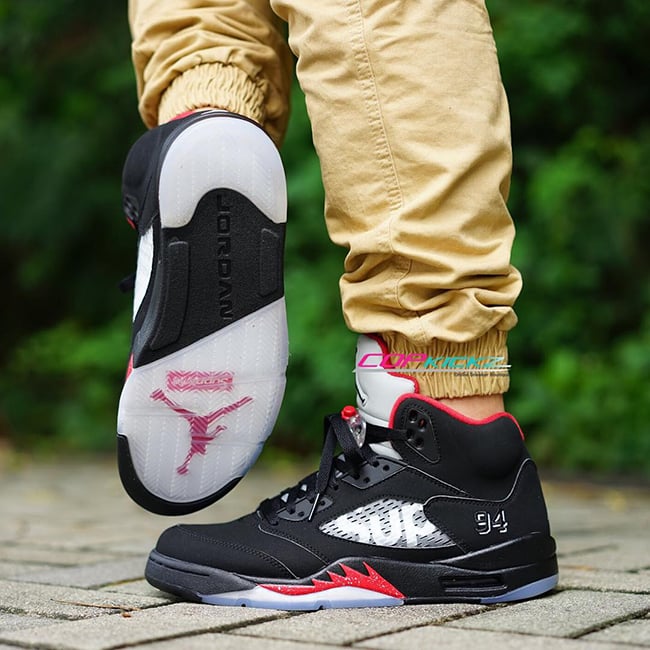 Update: We now have detailed images of the Supreme x Air Jordan 5 ‘Black’ as well as an on foot look. 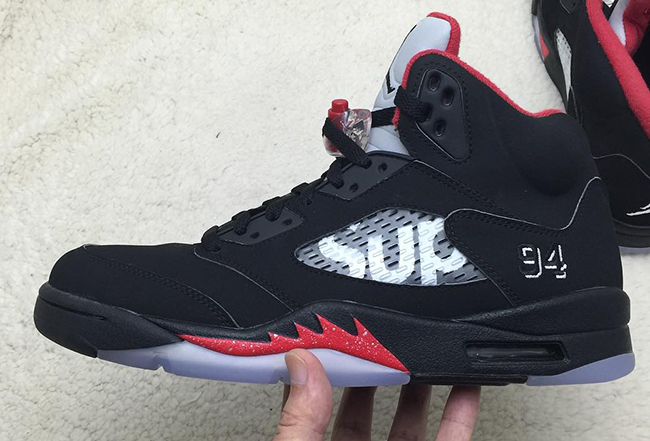 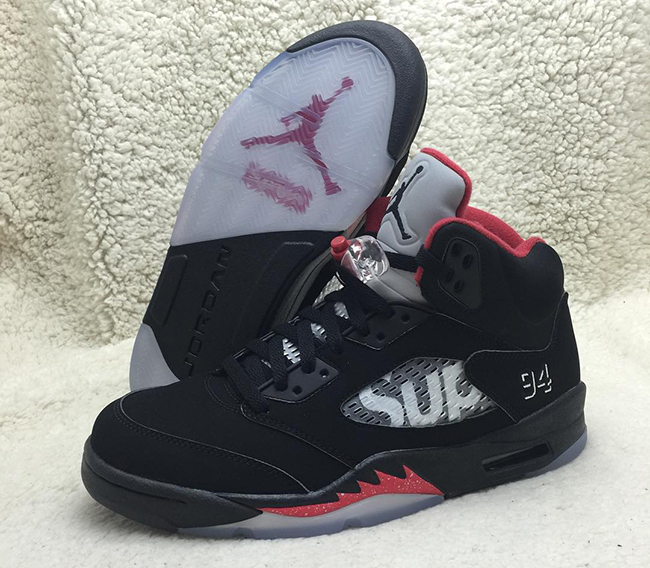 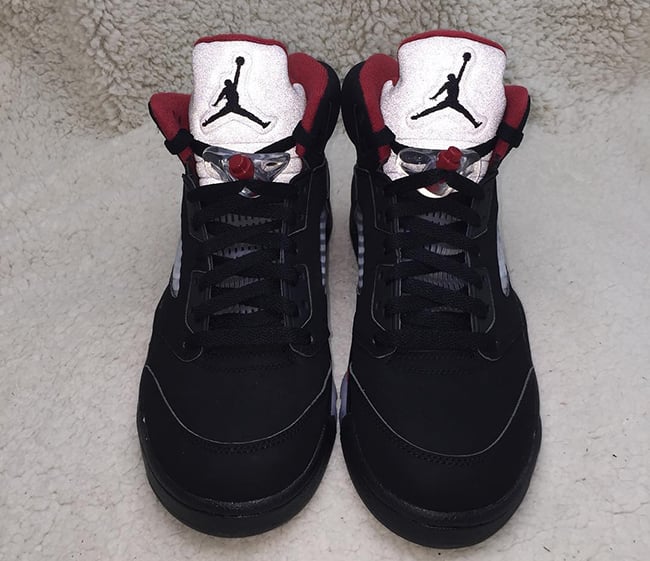 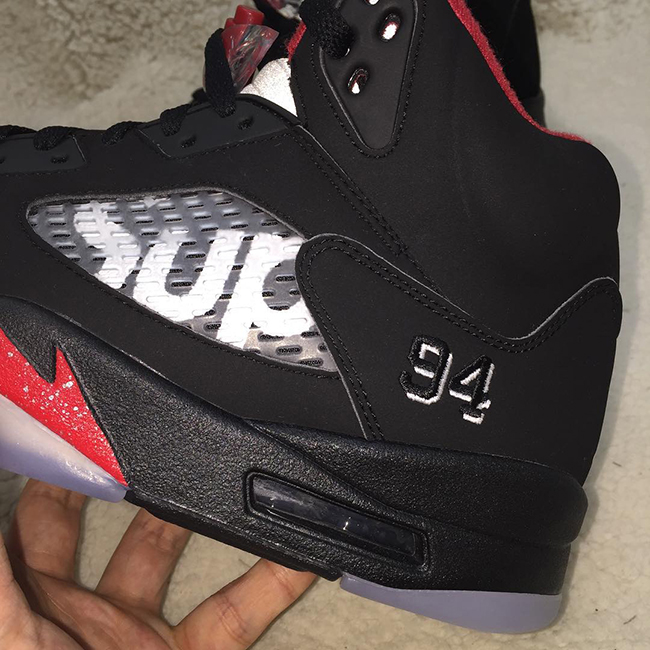 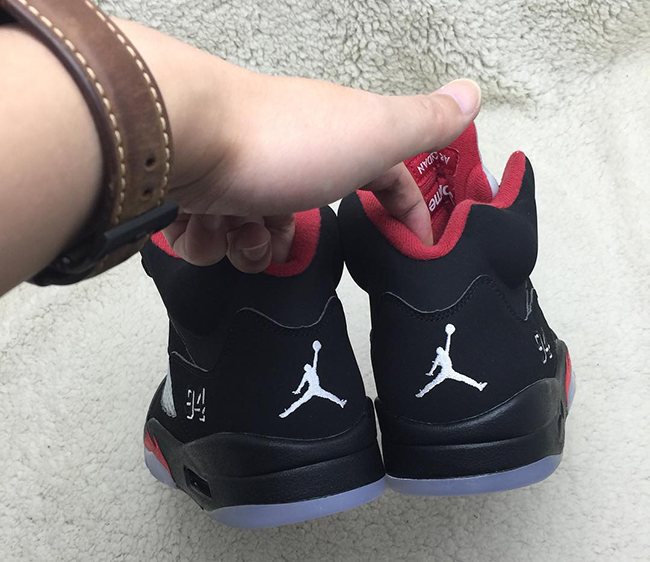 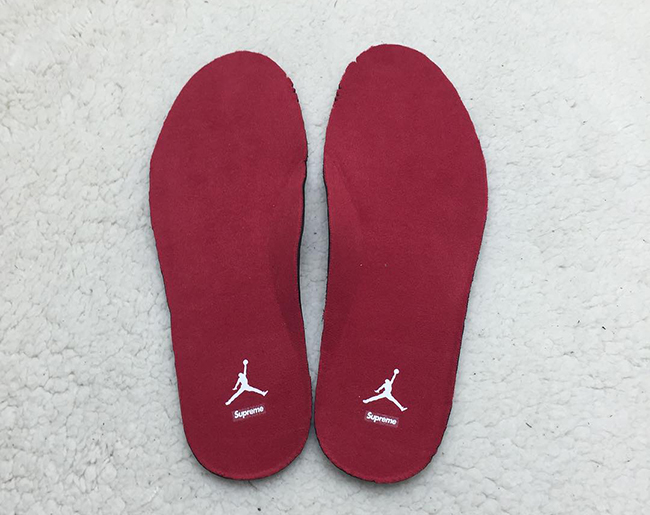 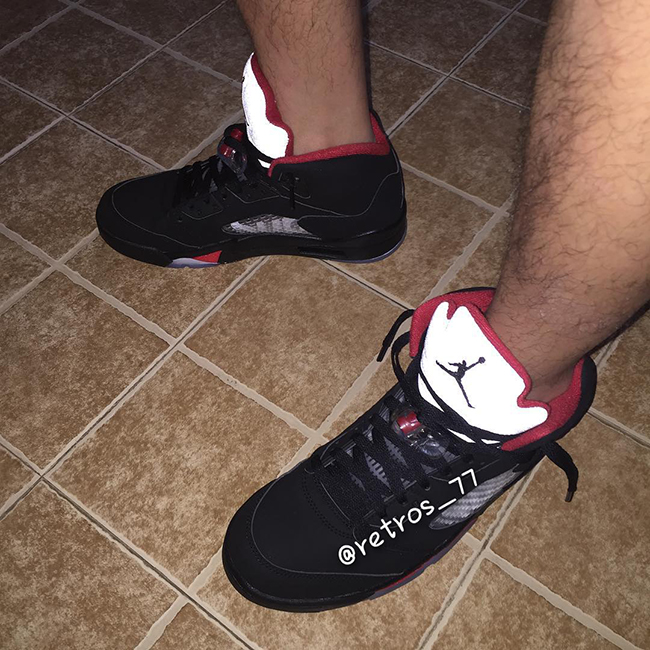 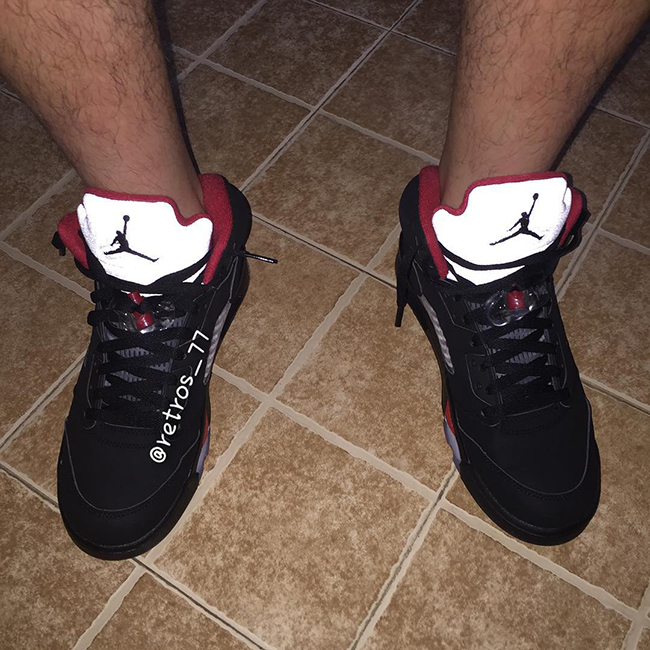 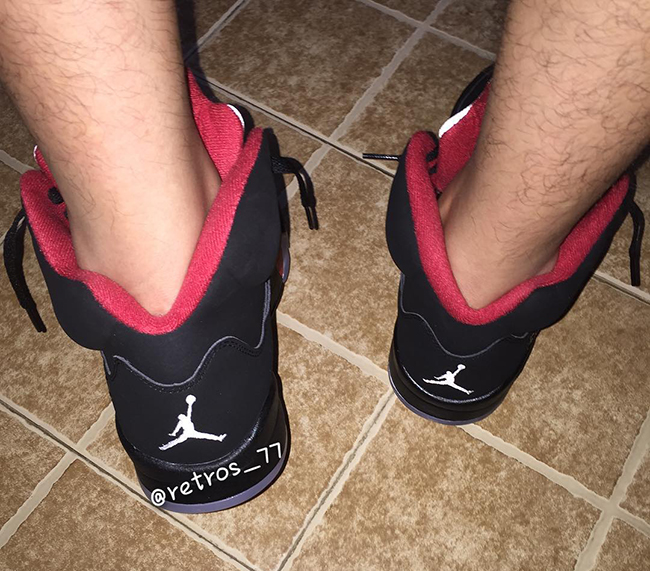 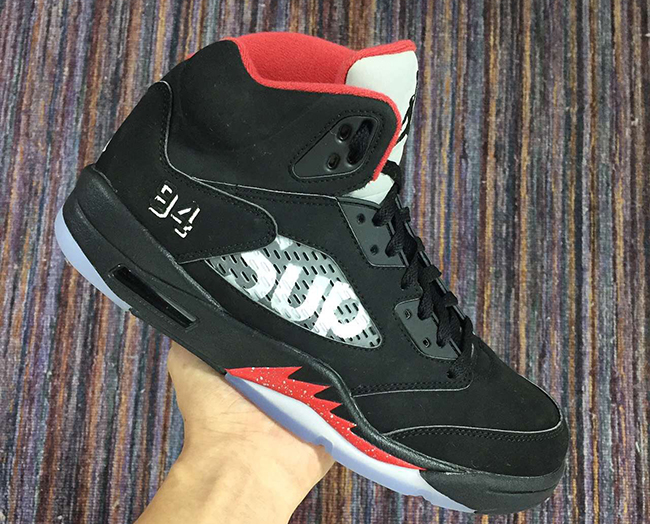 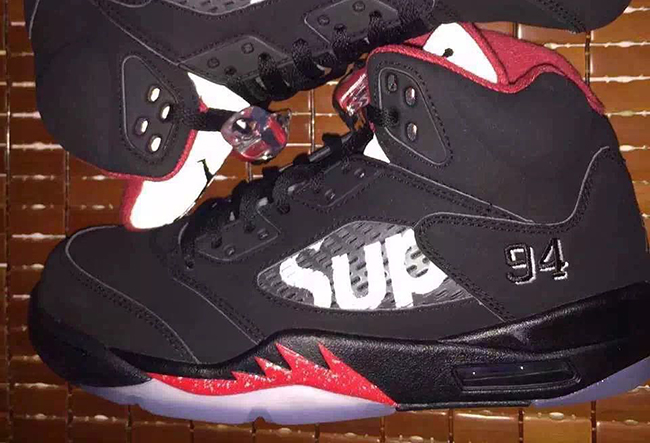 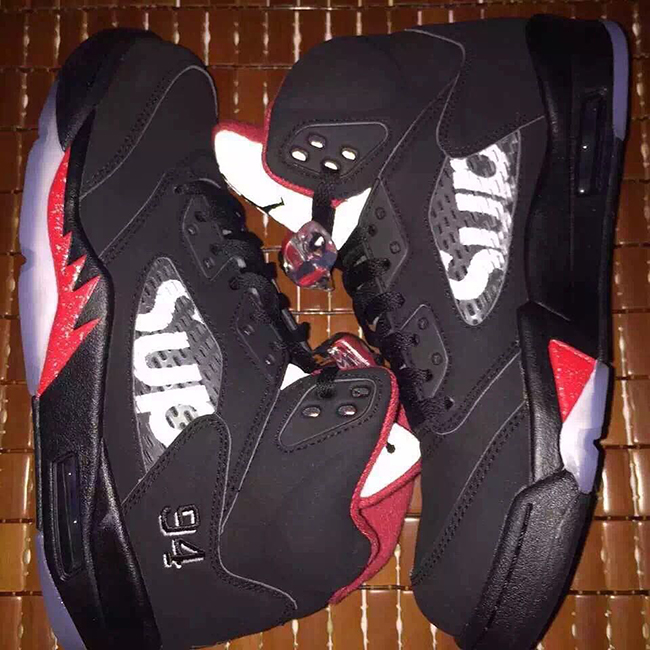