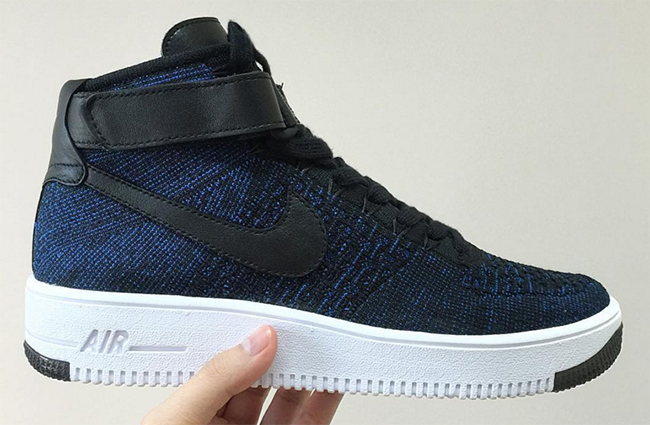 Nike has at least three models releasing for the Flyknit Air Force 1 which has received great responses from sneakerheads. The third which showed up today uses royal blue and black.

For the latest Flyknit Air Force 1, royal blue and black mix it up on the uppers which of course has Flyknit material. Achieving a premium look, black leather is used on the swoosh, tongue and strap, while the same shade is hinted on the outsole. The last detail is a white midsole which also gives them a classic feel.

Check out a larger images of the Nike Flyknit Air Force 1 ‘Royal’ below. Details are not known at this time of a release or retail price however we are sure in the coming weeks or even months this information will come to light. Are you a fan of the Flyknit material landing on the Air Force 1?

Update: New image of the ‘Royal’ Nike Flyknit Air Force 1 has emerged from lequan306. Additional details should be coming soon so make sure to check back. 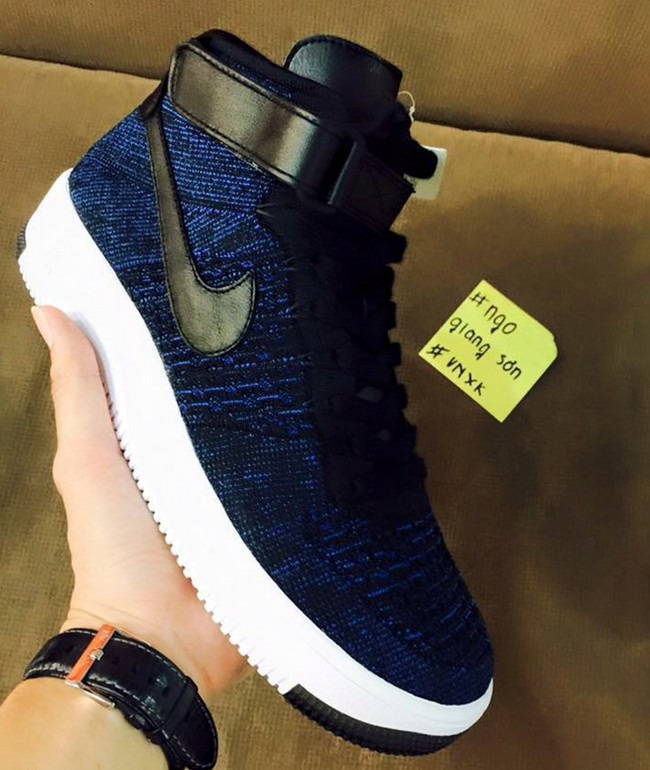 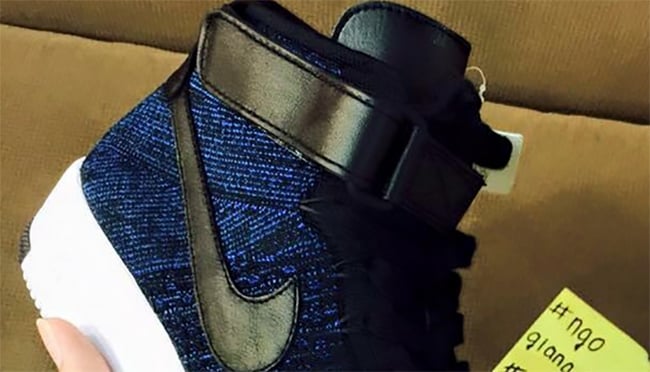