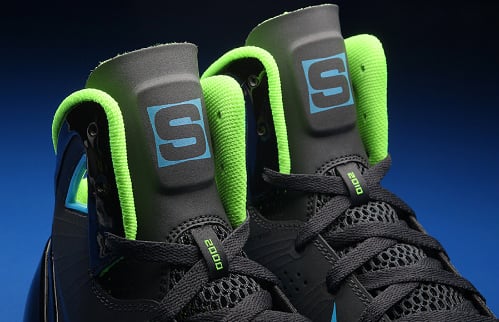 To help celebrate Sole Collectors 10 years and 200,000 members in their forum, Nike and SC has teamed up to design a pair of Nike Hyperdunk 2010. Dressed in  a mostly black upper, with a vivid blue appearing on the midsole and outsole, as well as on the swoosh. Eletric green can be seen on the inner linning, and accents throughout the shoe, including on the “200k” and “2000/2010” seen around the shoes laces. The SC logo replaces the Nike logo on the tongue, and once again “200k” appears on the shoes heel in electric green. This Hyperdunk sits on top of a icey blue translucent sole, and features a detailed insole with the words “Sole Collector Forums, 10 years, 200,000 members, thanks to your help”. Continue after the jump for a detailed look at this SC designed Nike Hyperdunk 2010, and let us know what you think. via SC. 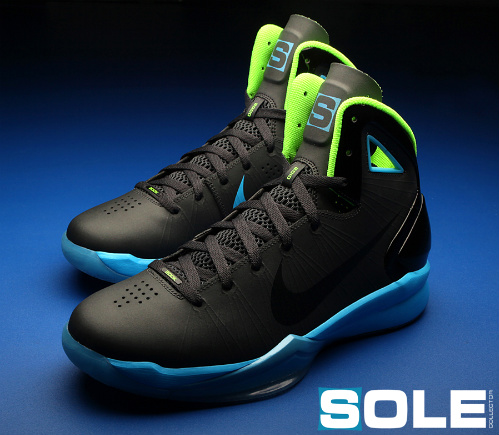 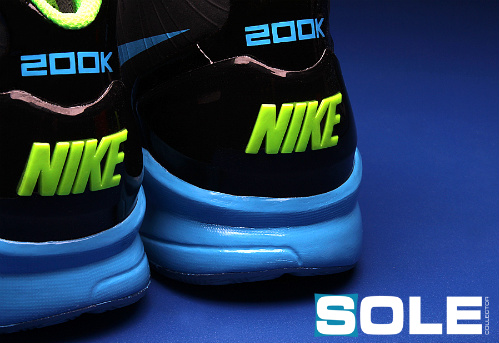 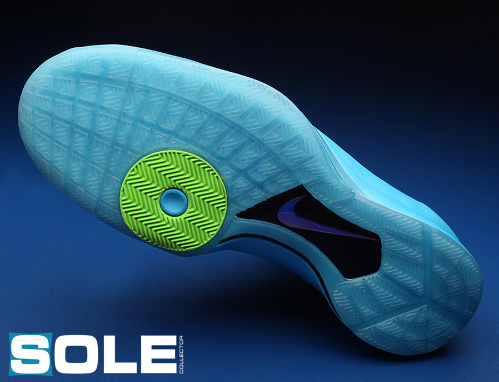 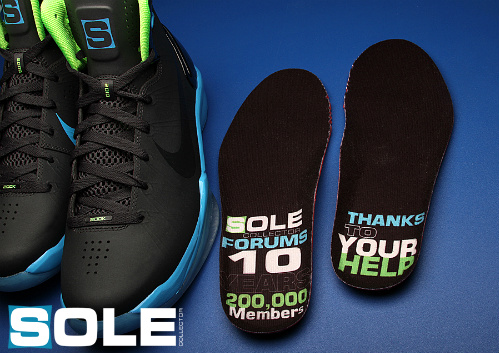