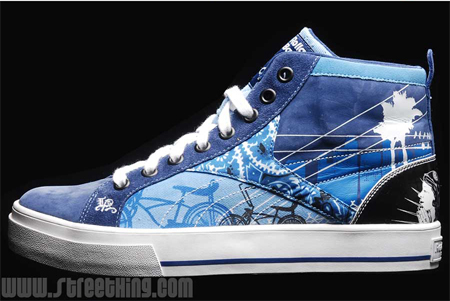 Designer Roland Berry has had his hand in a few projects over the years with Reebok and his latest “City Series” is presented. Each sneaker represents a city on the CL SW Canvas Mid. Chosen for the city series are Mexico City, Los Angeles, New York, London, Moscow and Tokyo.

These major cities are represented through Roland Berry’s eyes using this simple silhouette to be complimented by intricate graphics, colors and materials. Be sure to examine each sneaker carefully as they are composed of numerous amounts of detail and thought. The City Series will be available in London and Mexico in September, Moscow in October and New York and Los Angeles in November. Via Street Thing.

Nike Dunk High ‘First Use’ Releasing in White and Orange