After a series of catalog scans earlier in the year, we get a look at yet another set of scans from Nike‘s Spring 2009. Releasing at Nike Urban accounts, a collection of Highs and Lows in simple color-ways are set to hit stores.

The blue/white/black Dunk Low and green/black Dunk High will be released in January will the rest will be dispersed through February and March. The 2009 previews have displayed an eclectic variety of sneakers, but we can only imagine what else lies ahead. Stay posted for more info. 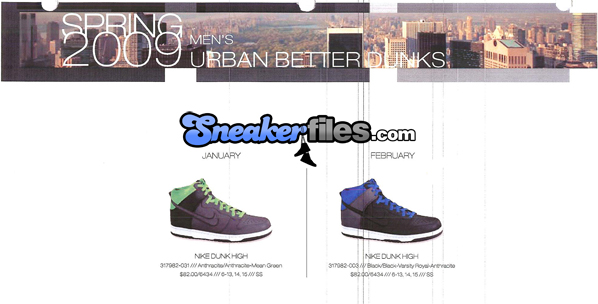