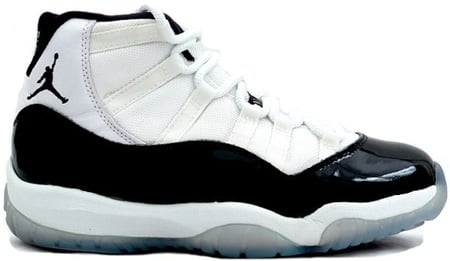 This week in Retrospect we chose to feature a true classic, the Air Jordan 11 (XI) OG Concords. As you know the Air Jordan 6 Rings Concords release tomorrow, so its time to give proper appreciation to what has led a few other Concord Air Jordans to release.

The Air Jordan 11 (XI) Original Concords released in November of 1995, and this was one of the pairs Michael Jordan laced up to help the Chicago Bulls end the 1996 Season with a 72 – 10 record. At the time, patent leather on a basketball shoe was unheard of, but the man and legend Tinker Hatfield wanted the Air Jordan 11 (XI) to look like a convertible on your feet.

Stay tuned to next weeks Retrospect, and good luck to those grabbing a pair of the Jordan 6 Rings Concords.