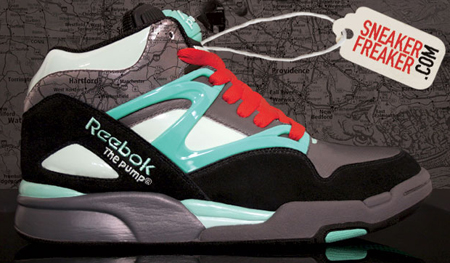 Bodega, a store located in Boston has teamed up with Reebok to release a pair of Omni Pumps. The pack is called Escape, and features a map on the uppers to represent the train station from New York to Boston which the pack takes inspiration from. One of the best packs from Reebok in awhile and has the traveler in mind, while the pack consists of music, reading materials, and clothing.

But Reebok is not done, each pack will have “hidden treasures”, and only 100 packs will release. One Reebok x Bodega Escape Pack is known as “The Ultimate Package”, with a airline ticket, more custom gear and Reeboks. Stay tuned for more information, via Sneakerfreaker.