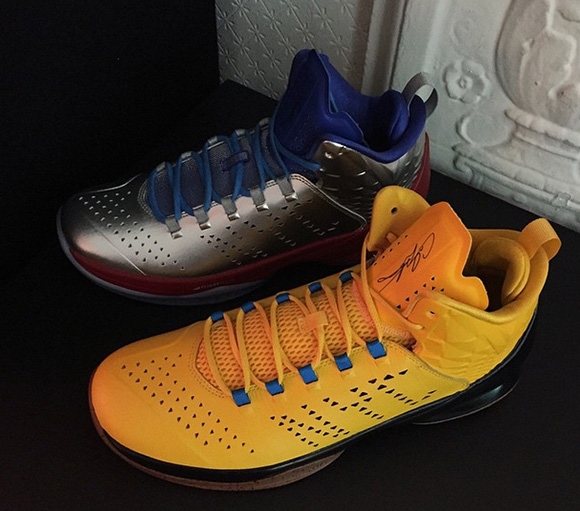 Public School NY not only has the Air Jordan 1 and Air Jordan 10 under their belts as far as collaborations goes with Jordan Brand, but they have also added the Jordan Melo M11 to the list.

Two different pairs of the Jordan Melo M11 x Public School NY were produced. One features yellow through the uppers with blue accents and a black midsole. The second uses a metallic silver upper along with a blue tongue, laces and liner and on the midsole is red. If you look closely the perforation on the sides spells out NYC.

As you expected there isn’t a release scheduled for the Public School NY x Jordan Melo M11 and more than likely was produced for friends and family of the brand.