We are getting closer to the release of a handful of adidas Superstar apart of the Supercolor series by Pharrell, which will officially hit retailers on March 27th. For now, we are giving you a preview of whats to come.

A total of 50 different colors will release from Pharrell on the adidas Superstar Supercolor, which would have to put him either above or right up with other collaborators, for example Jeremy Scott. We don’t have all 50 to show you yet, and don’t think all are releasing on March 27th, but probably leaking out in the next coming months.

Using solid colors that are either bright or pastel, each comes with “Equality” embossed down the first of the three-stripes. The insole has a cartoon diagram of the human stomach.

You can see all the Pharrell x adidas Superstar Supercolor releasing later this month below. Retail price will be $90. 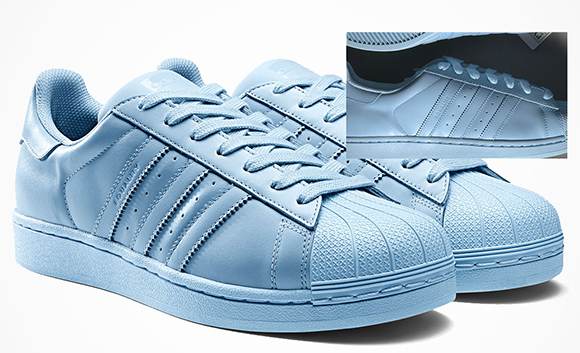 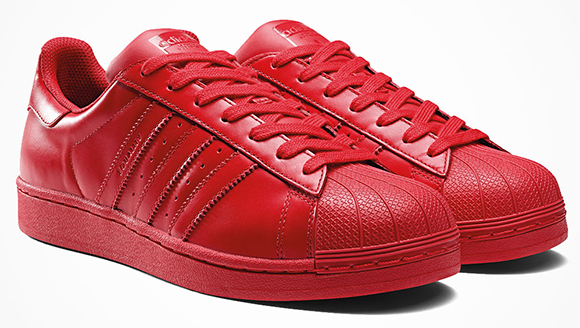 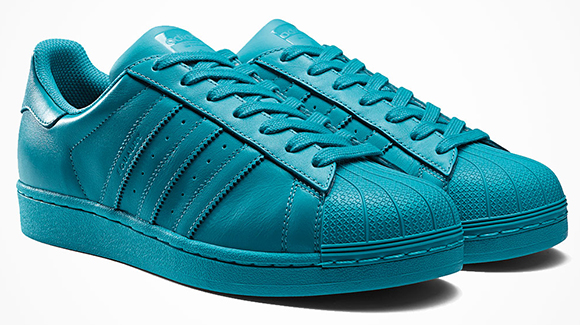 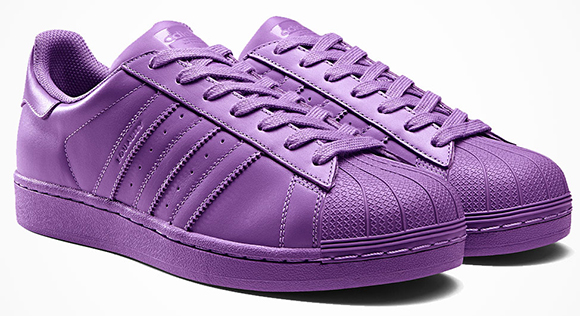 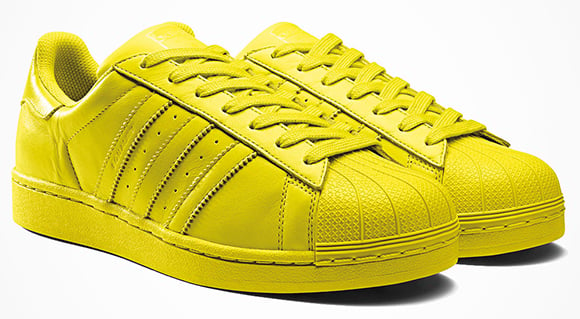 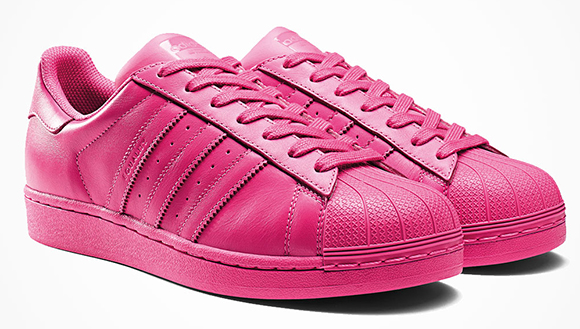 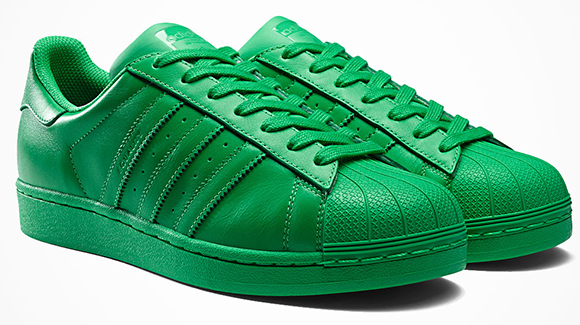 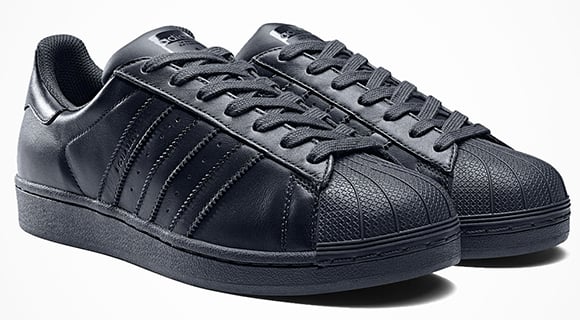 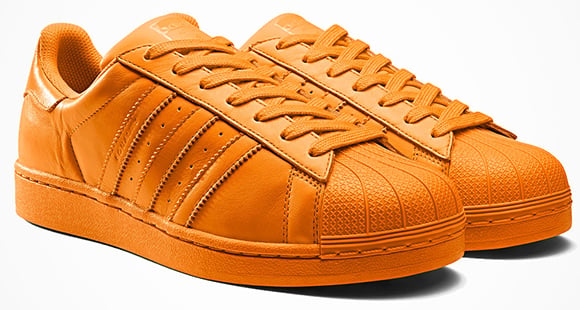 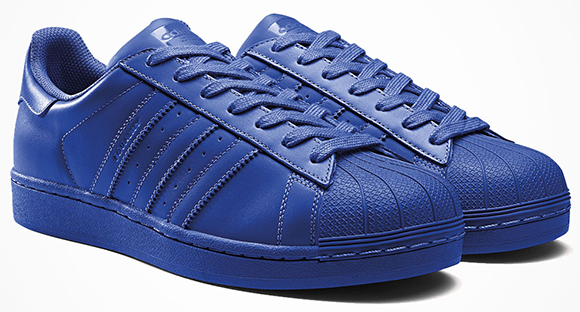