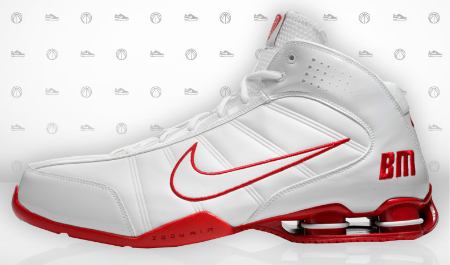 Though Brad Miller and his Chicago Bulls have been eliminated from the NBA Playoffs in the first round by the Cleveland Cavaliers, today, we have a look at two colorways of the Nike Shox Vision made exclusively for Miller. Both pairs obviously feature Bulls-inspired color schemes; the first style features a white base with red accents on the outsole, swoosh border, and logos on the rear, while the second pair hosts a white upper accented by a black swoosh, red swoosh border, black outsole, red toecap, black laces, and red tongue. Unfortunately, the Nike Shox Vision “Brad Miller PEs” will not be releasing to the public. 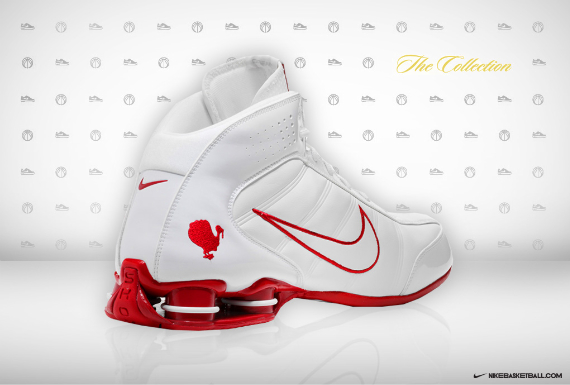 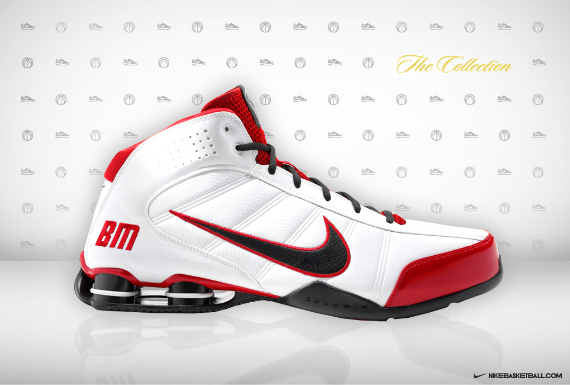 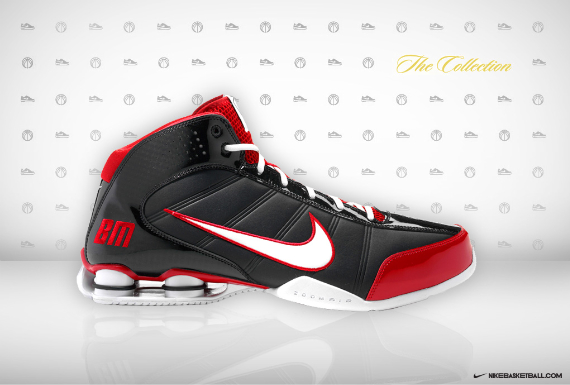