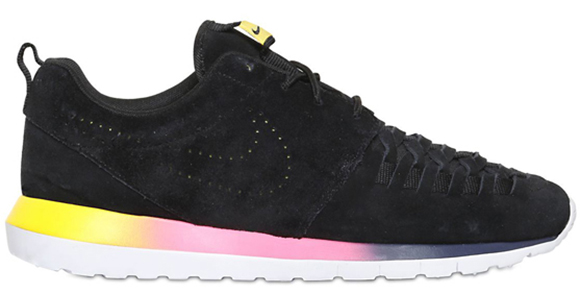 This summer, Nike will have a new offering for the Roshe Run NM. No, we are not talking about the midsole, although unique but the toe box will have a woven pattern.

The Nike Roshe Run NM comes with an all black suede upper with a woven toe box that almost looks to be like a moccasin. Instead of a traditional sewn on Swoosh, perforated takes form on the side. While the uppers are dark, the midsole starts out as yellow and lightly gradients to pink then a deep blue gaining the nickname rainbow.

A specific release date for the Rainbow Nike Roshe Run NM Woven has yet to be announced but they should launch to Nike Sportswear accounts in the next couple of months. 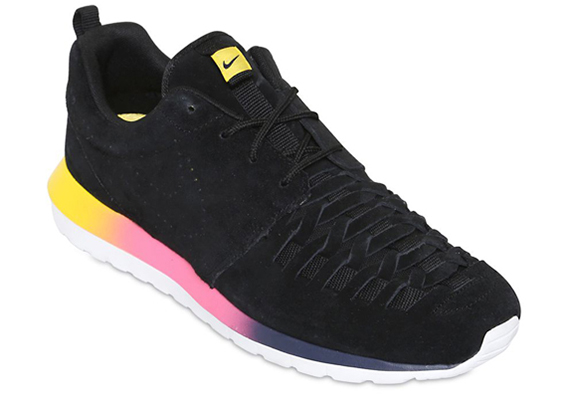 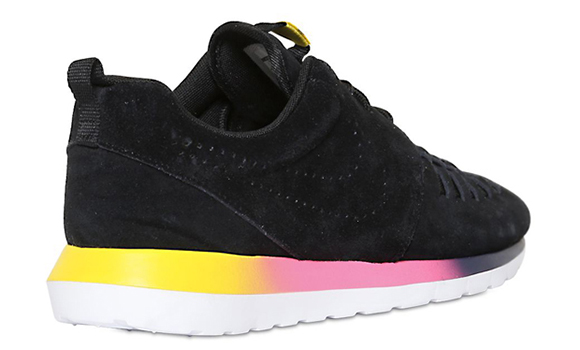