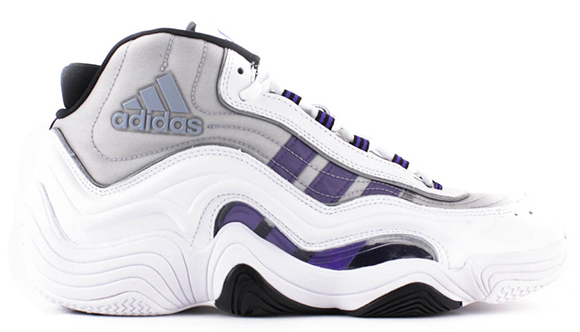 Originally worn by Kobe Bryant and known as the KB8 II returned in 2014. Now known as the adidas Crazy 2, since Bryant is no longer with adidas, the model goes back in time for another OG colorway.

Slowly arriving to retailers is the adidas Crazy 2 Lakers, a pair that was worn during home games by Kobe during the 1999 season. Using an all white upper, purple accents is seen on the adidas three stripes, eyelets and tongue. A small amount of black is placed on the outsole, heel and liner.

The Lakers adidas Crazy 2 is now available at Sole Stop for $145. Other stores should have them soon also. Check out a detailed look below. 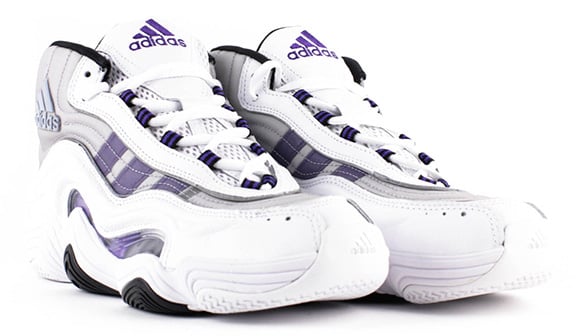 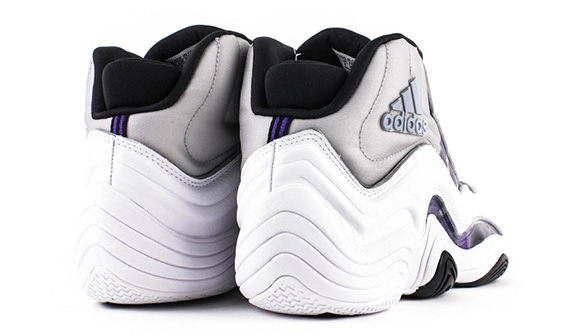 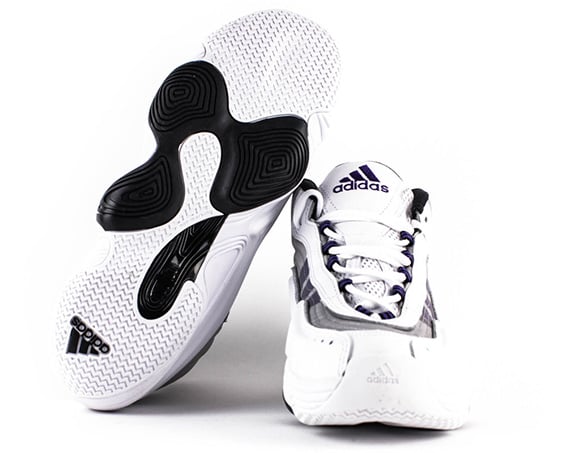