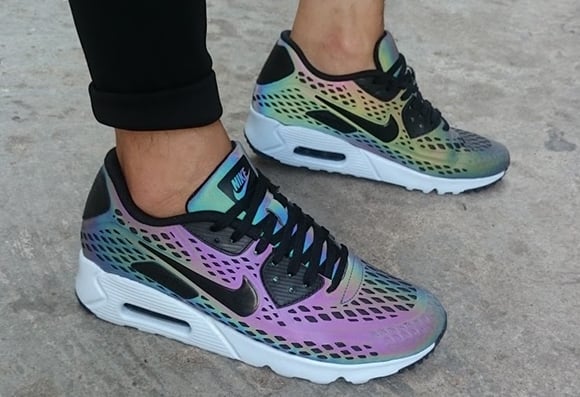 Also launching soon will be the Nike Air Max 90 Ultra Moire shown which is known as Holographic for it’s unique uppers. We have shared images with you in the past but now we finally have a detailed look.

If the tension between Nike and adidas hasn’t hit it’s highest point, it may now. Nike is quick to serve adidas with lawsuits, but could the tables be turned? For those that follow sneakers on a daily basis know about the Xeno pack from adidas that came with three pairs of shoes. The materials used made the uppers florescent various shades when the light hits them, just like the Air Max 90 Ultra Moire. We are not sure if adidas trademarked the material, but we may hear something in the near future.

Just like the Xeno, the Nike Air Max 90 Ultra feature a holographic glow when light is projected off of them. Paired with black accents and a light grey-midsole.

A release date isn’t known as of yet, but we believe the Holographic Nike Air Max 90 Ultra Moire will release around Air Max Day which is March 26th. Check out more angles below and let us know what you think. 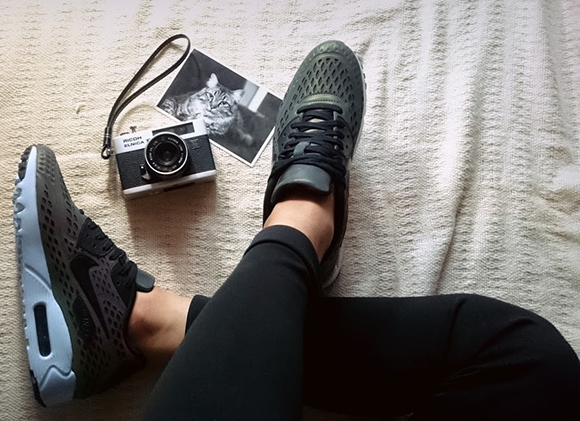 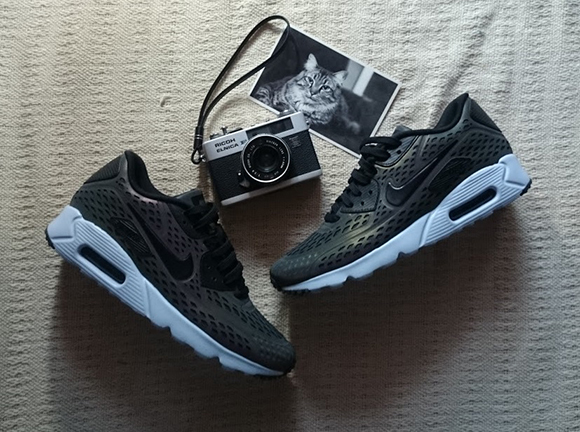 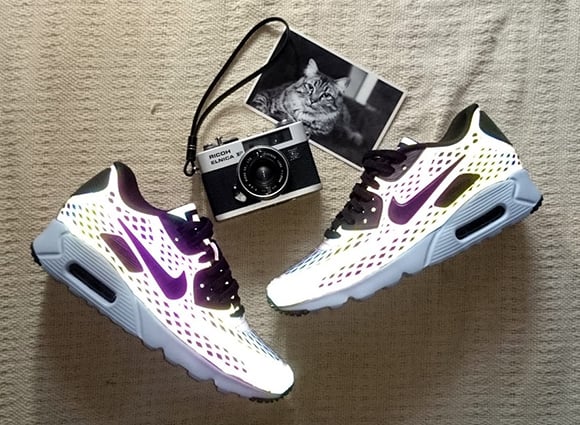 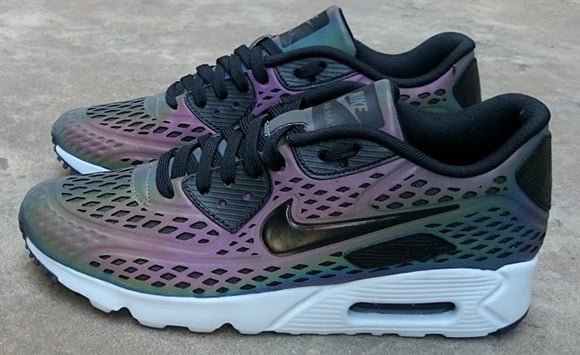 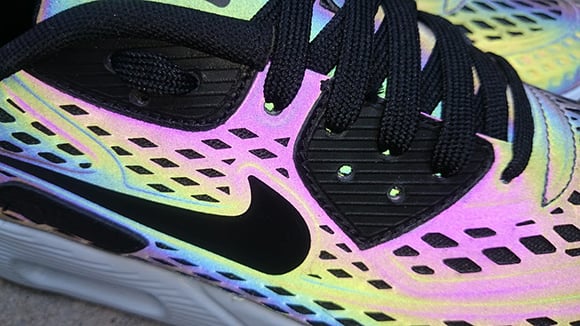 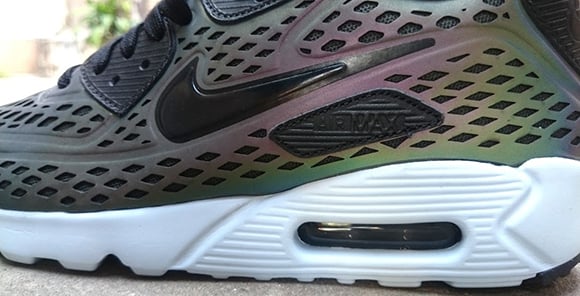