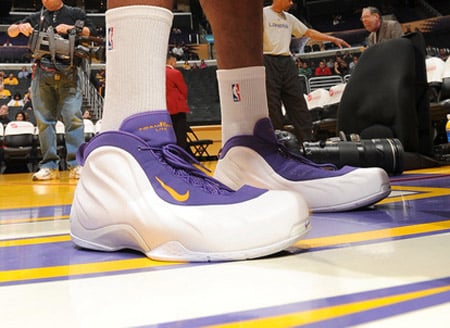 The Nike Foamposite Lite has seen been seen a plethora of times on various NBA players’ feet this season including Nate Robinson’s Kryptonate PE and David West’s “Away” PE. Now, Andrew Bynum of the Los Angeles Lakers also has his own player exclusive colorway decked out in the typical Lakers’ white, gold, and purple. Though Bynum did not play due to his torn right MCL, he did warm up with the team, and is expected to be back by the playoffs. The colorway on this pair is fairly simple, and it features a white upper with a purple shoe lace region and a gold swoosh. Expect to see Bynum rocking the Nike Foamposite Lite – Los Angeles Lakers colorway when he returns, but do not expect to see this colorway in stores anytime soon. 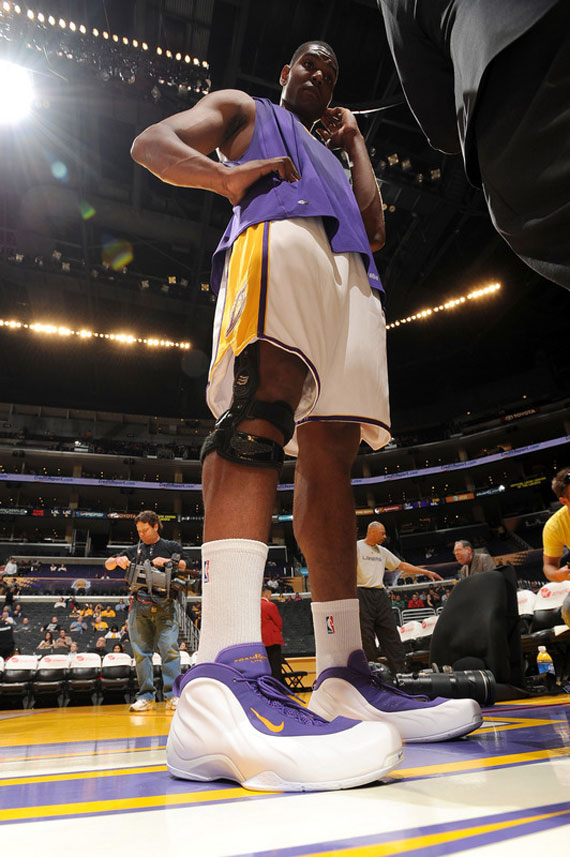 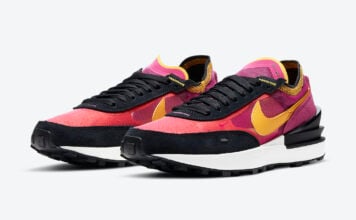