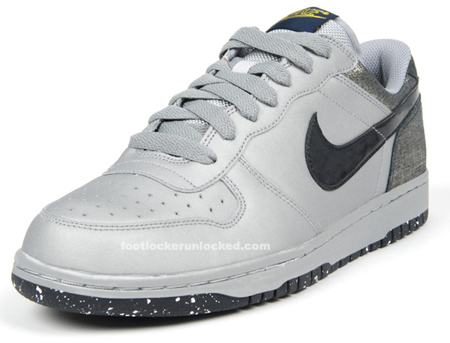 Nike dropped the For the Love of the City Pack, which was composed of four different sneakers, earlier this year, and we now have our first look at a new Nike sneaker paying tribute to Houston, Texas. As most already know, Houston is the home of the Lyndon B. Johnson Space Center and Mission Control; thus, this pair features a planetary ring on the heel which is accented by the metallic silver upper, speckled outsole, black swoosh, and a tarnished metallic silver rear. The Nike Big Nike Low Houston “Space City” is expected to release on June 16, 2009 at selected House of Hoops locations. Via Footlocker. 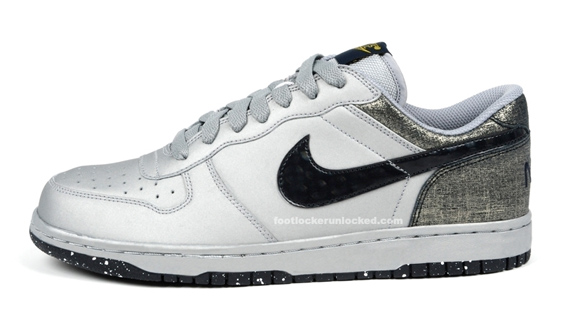 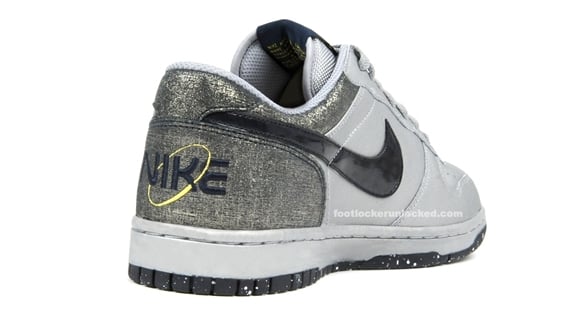