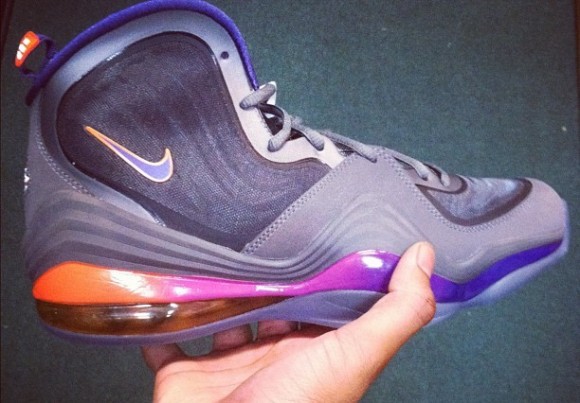 Set to join the upcoming “Dolphins” and “Orlando” colorways of the new Penny 5 from Nike Sportswear later this year is a “Phoenix” version of the Penny Hardaway signature.

A nod to Penny’s stint with the Phoenix Suns, the kicks feature a predominately grey Hyperfuse upper with orange and purple accents appearing throughout, including the gradient midsole.

Stay tuned for more info and detailed imagery and look for the kicks to drop as a part of NSW’s Holiday 2012 collection.

– Via Johnny Redstorm on ISS.