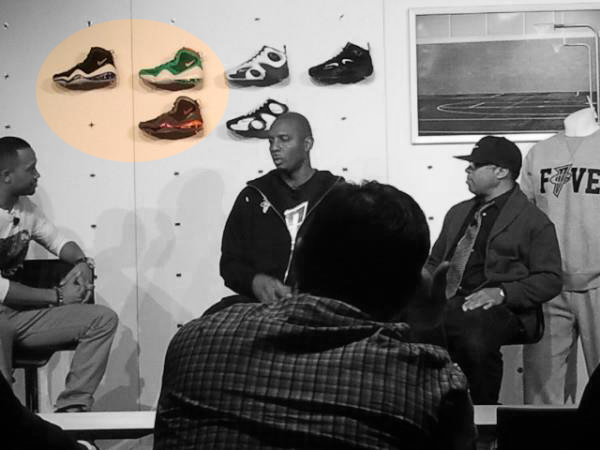 Following the first few glimpses of the upcoming Nike Air Penny V are some concrete release details regarding the upcoming Penny Hardaway signature.

Set to retail for $150, the kicks will debut with the release of the Black/White-Game Royal colorway in November followed by a New Green/Safety Orange-White colorway in December and another $160, House of Hoops-exclusive Dark Grey/Black-Rave Pink-Court Purple colorway that same month.

Take a look at this glimpse of the trio of colorways and stay tuned for more looks leading up to the late 2012 debut of the silhouette.