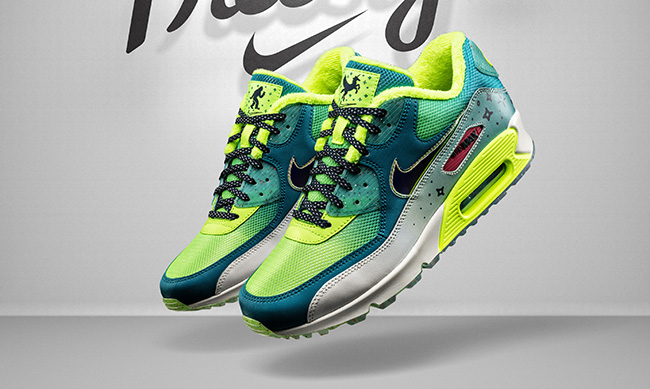 The Nike Air Max 90 ‘Doernbecher’ designed by Emory Maughan will release on November 21st, 2015 along with the other sneakers and attire from the Doernbecher Freestyle Collection. Maughan’s Air Max 90 will retail for $120. Proceeds from the sales will go to the OHSU Doernbecher Children’s Hospital.

“When I was a little girl, I always dreamed of being able to fly just like Peter Pan,” says Emory. “Now, I dream of having a kidney that works. I just have to stay positive and wait for that day to come. If you dream hard enough, anything is possible.”

Diagnosed with Stage IV kidney failure, Emory has a long road ahead of her. But with the whimsical image of Sasquatch riding a unicorn, a star feature of her custom AIR MAX 90 PREMIUM, Emory is here to show that anything is possible when you believe.

“A long time ago when people had kidney disease, they said that survival wasn’t possible. Now it is,” she says. “Before I came along, Sasquatch riding a unicorn didn’t exist. Now it does.”

On the body of her sneaker, Emory took the word IMPOSSIBLE and added a strategically placed apostrophe to create I’M POSSIBLE. The sockliner is the place for the stuff she loves best: It features the names of her family members and tropical palm trees.

Emory added the reflective shoelaces especially for her father, who has also dealt with kidney issues. “My dad helped me so much, so I wanted to do something just for him,” she says. “He loves reflective things, so that’s my little thank-you note to him.”

When Emory isn’t designing cool shoes, you’ll find her with her nose in a book. She loves to read so much that she plans to become a librarian when she grows up and says she often turns to her favorite authors for inspiration.

“On rough days, I think of this quote from [J.R.R.] Tolkien: ‘If more of us valued cheer and song…it would be a merrier world.’” With her beautifully bright and cheerful shoe, Emory is helping to make the world a merrier place.

Emory Maughan’s designed Nike Air Max 90 will release on November 21st, 2015 as a women’s specific launch. Retail price will be $120. More images of her designed AM90s can be seen by scrolling below.

Where to buy the Nike Air Max 90 Doernbecher

Just like the other Doernbecher models, the Nike Air Max 90 ‘DB’ will launch at Nike Store retailers and at NikeStore.com. This time around RUVilla and Shoe Palace select locations will have a limited run. 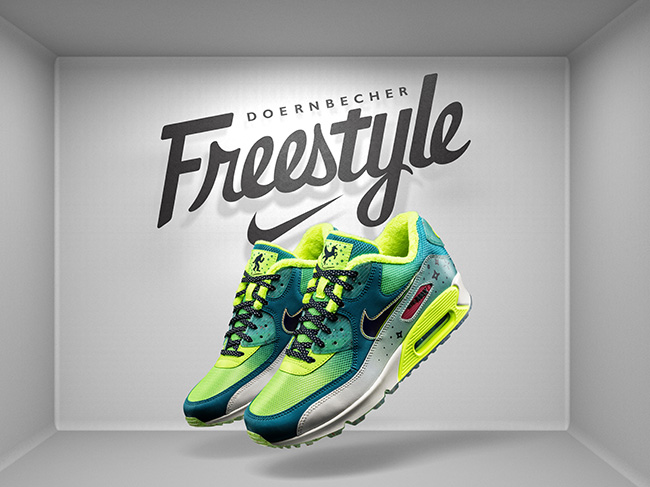 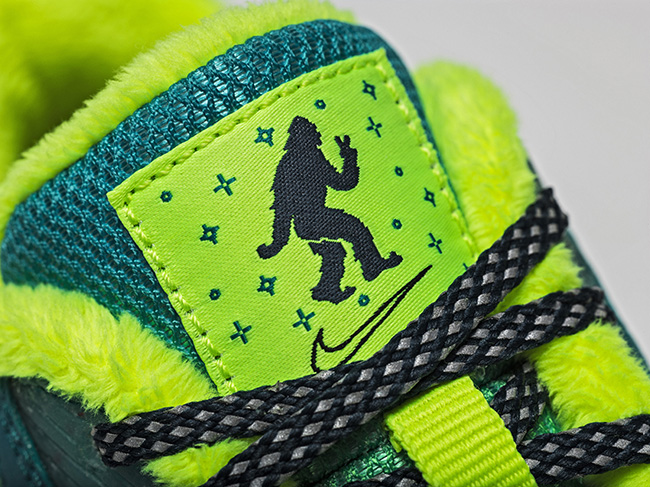 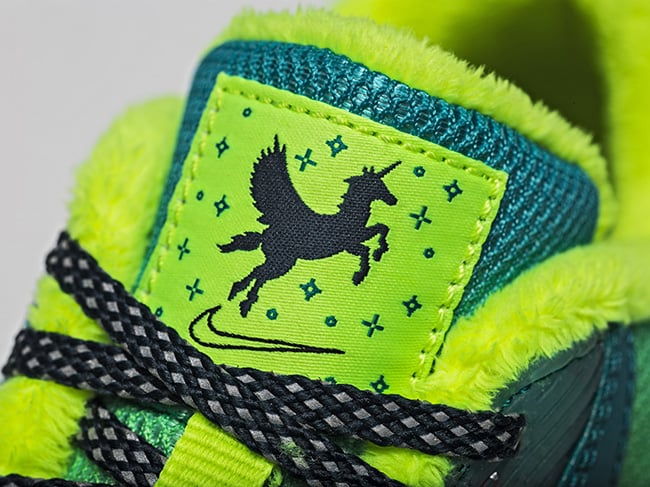 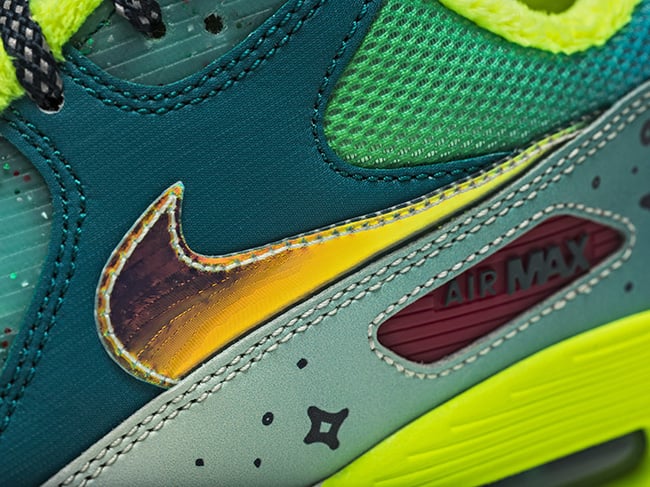 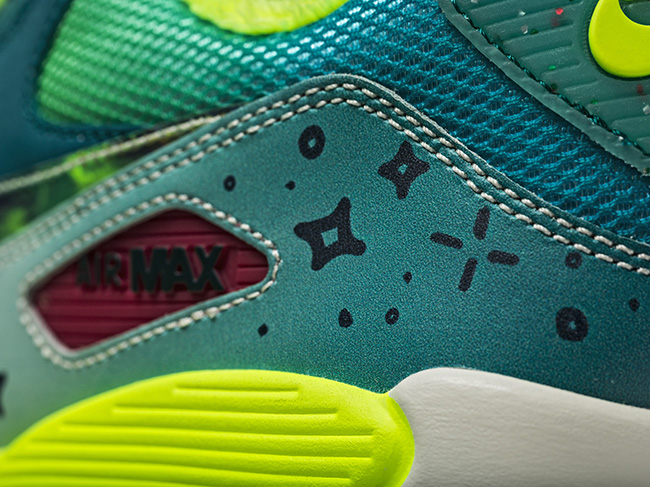 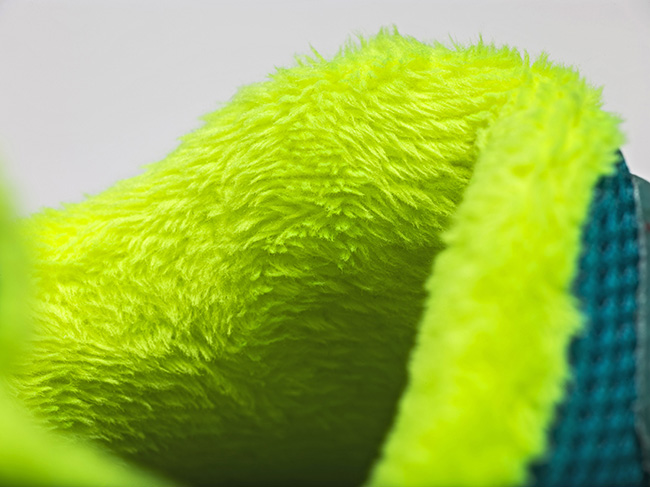 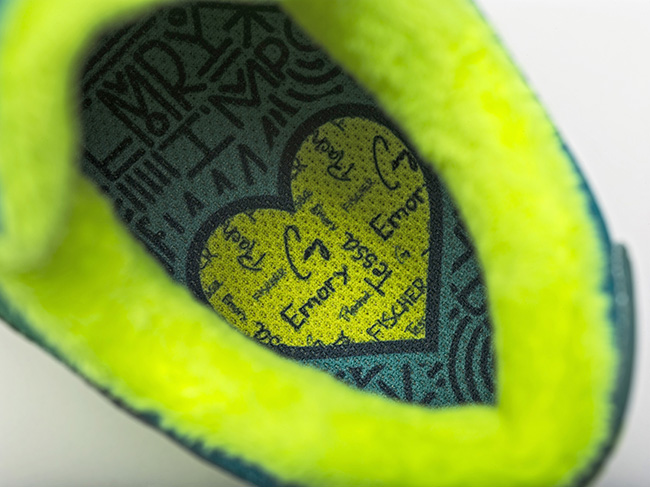 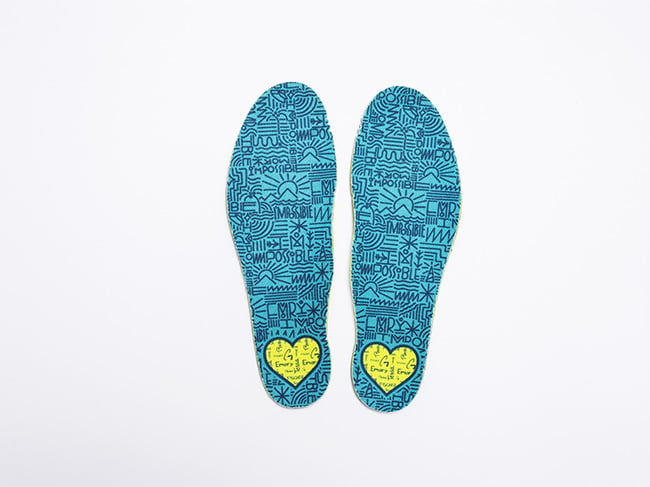 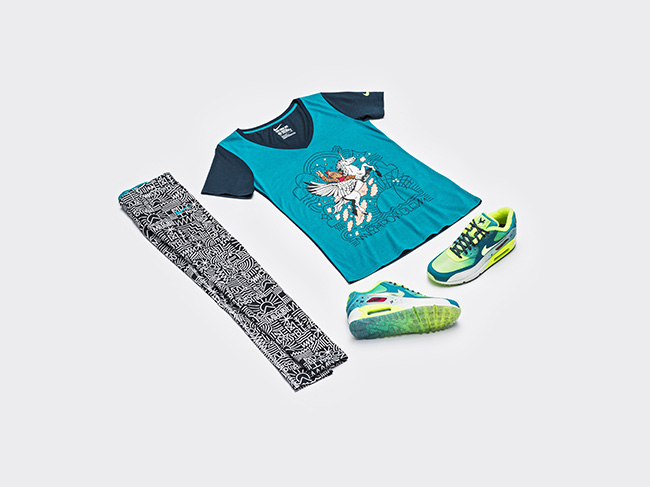 Nike Air Max 90 in Black and Red with Triple Swooshes