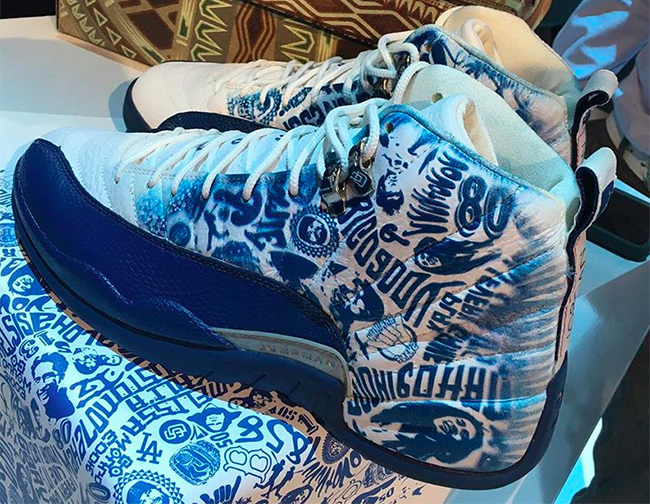 Yesterday the unveiling of the 2015 Doernbecher Freestyle was unveiled and an event took place. During the event a custom Air Jordan 12 was spotted exclusively made for Shane Victorino.

Shane Victorino who plays in the MLB was at the event and was presented with this 1-of-1 Air Jordan 12 custom. The shoes used were the Air Jordan 12 ‘French Blue’ and were designed by Mark Smith. This actually marks the second Air Jordan 12 at the event, the first known as the #DBDozen. The uppers feature a custom design all inspired by the Victorino and come with a unique box.

Since this was made exclusively for Shane Victorino, this Air Jordan 12 won’t actually make it’s way to retailers or auctions, however the ‘French Blue’ Air Jordan 12 is scheduled to return in 2016 thus making it the closest you will get to this custom. You can check out a few more shots of this pair below. 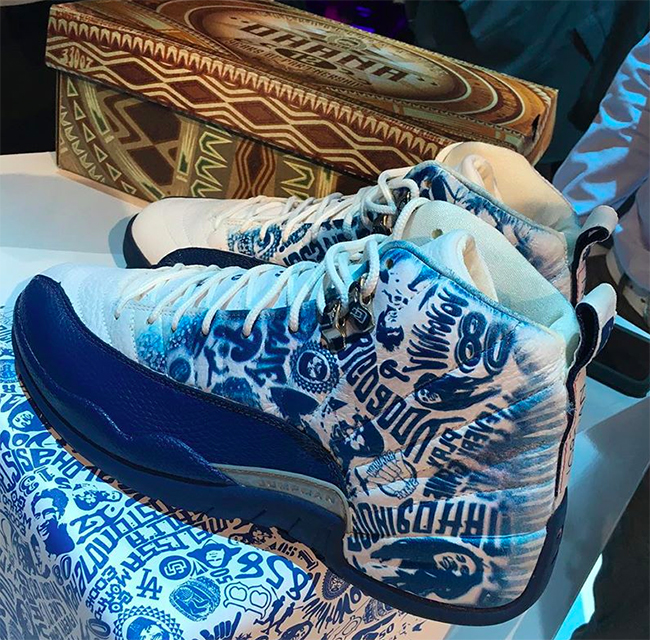 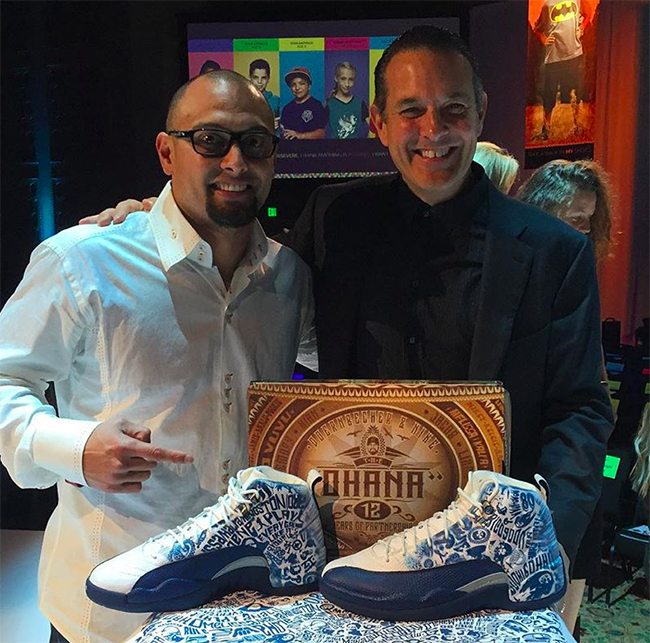