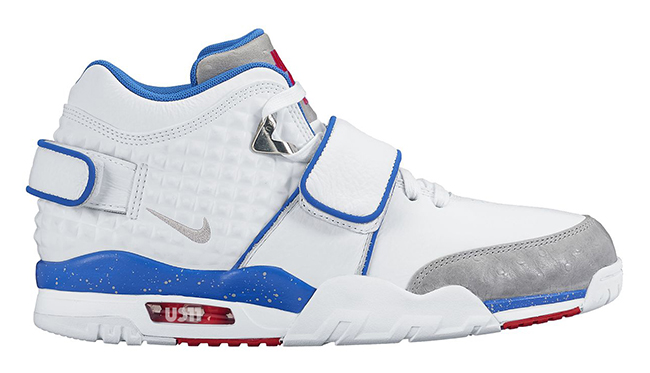 The Nike Air Cruz ‘NY Giants’ is the fifth model to be exposed from Victor Cruz first signature shoe with Nike. Also known as ‘True Blue’, the pair will represent his current NFL team, the New York Giants.

Taking a closer look, you can see that the Nike Air Cruz ‘New York Giants’ is a bit different from the others. This time around the model goes after a luxury look with ostrich print wrapping the toe cap. Blue is seen running through part of the midsole with a speckled overlay and used again on the liner and hinted across the straps. Red then hints the tongue, air unit and outsole while the uppers and most of the shoes are done in white.

The New York Giants Nike Air Cruz is apart of Nike Sportswear Fall-Winter 2015 line. Meaning we could see a release as early as September or as late as December. At this time a release date has yet to be announced. Make sure to check back for more information and images.