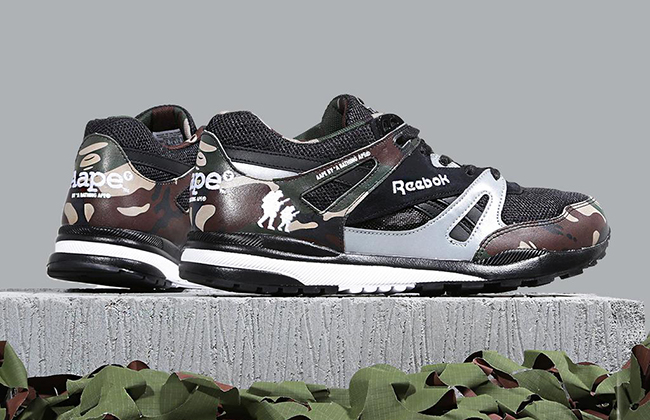 Bape has connected with Reebok to celebrate the 25th anniversary of the Ventilator. The end result is the AAPE by A Bathing Ape x Reebok Ventilator.

Taking on a Bape feel, the uppers consist of camouflage print. The camo doesn’t stop there as the liner is also draped with the pattern. The overlays on the side features 3M reflective material while by the heel showcases the AAPE branding in white. Black and white then mix it up for the midsole.

At the time of writing, there isn’t a release date scheduled for the AAPE by A Bathing Ape x Reebok Ventilator collaboration. For now you can see detailed imagery allowing you to line up a future purchase. What do you think of Bape collaborating with brand more than releasing their own sneakers?

Update: The AAPE x Reebok Ventilator will release overseas at stores like END on August 25th, 2015. A release date for the U.S. is still unknown at this time. 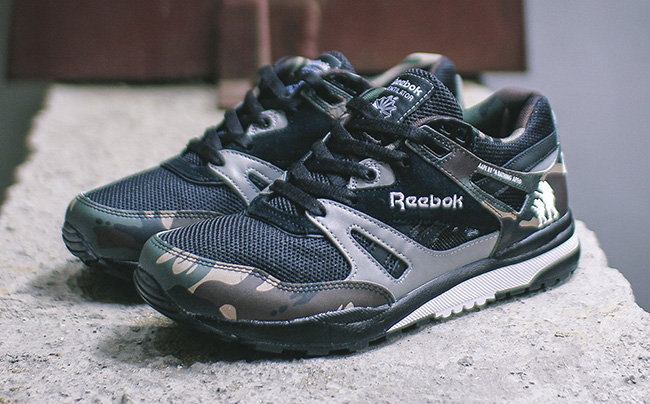 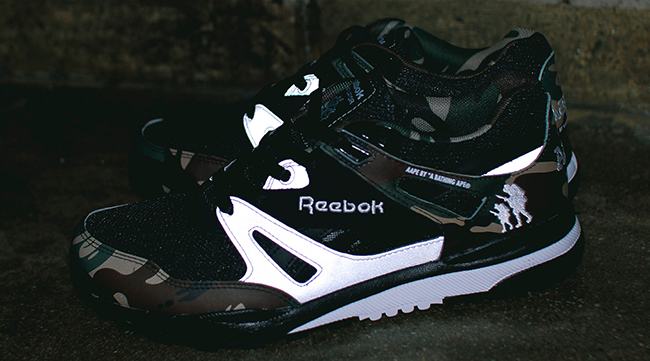 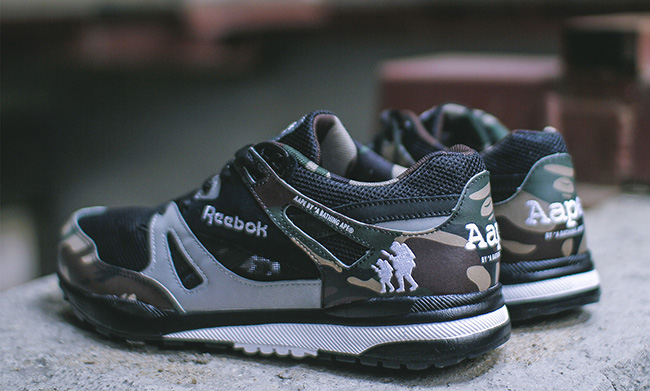 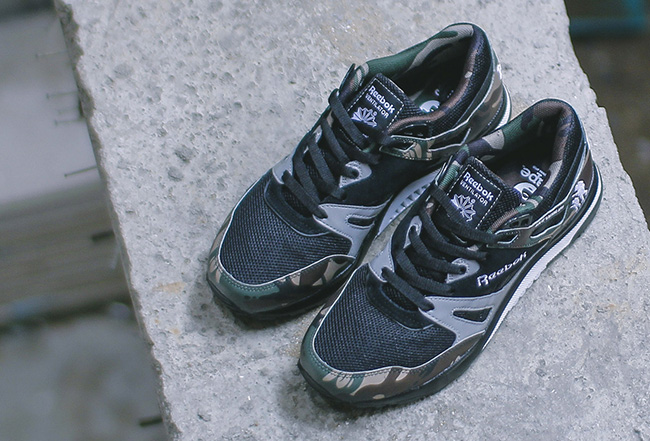 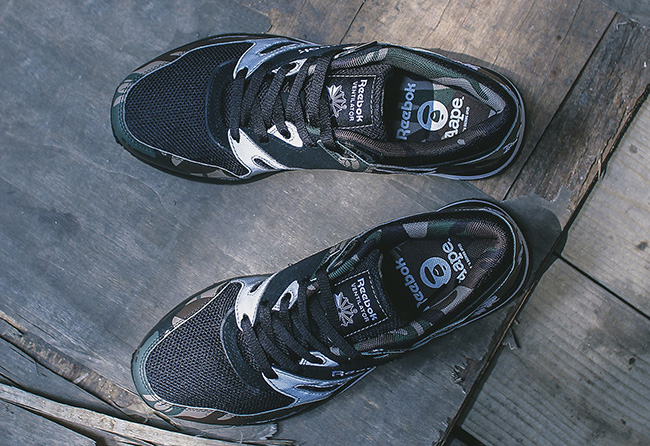