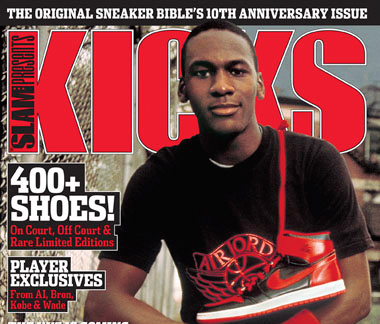 Kicks Magazine which is produced by Slam Magazine turns 10, and a special edition with Michael Jordan on the cover. The picture of Mike was taken his rookie year, and features the Air Jordan 1 on his shoulder the shoe that many say started it all.

In the Kicks Magazine they will interview people that “Camp Out” for sneakers, Dwight Howard and his thought on the shoe game, Revisit how Michael Jordan and his sneaker line played out and much more. Check newsstands tomorrow August 21st. 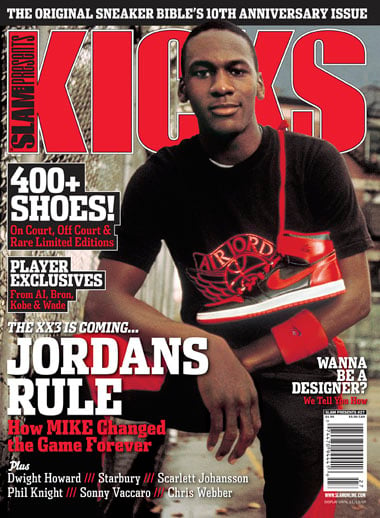