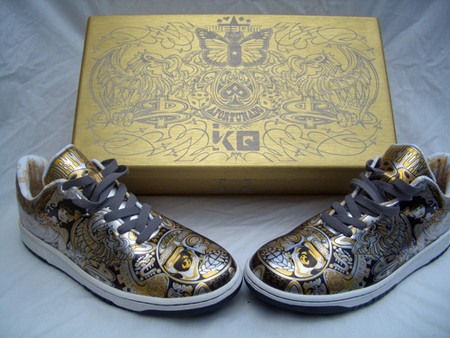 Early 2008, Nike will release a Dunk Low which was created by the design team at TWEEQiM. Although the design is kept on the under for now, Nike has created a 1 of 1 Dunk Low featuring Gold and Silver to display at the upcoming TWEEQiM 365moons show. Also a special laser etched Gold box featuring designs from TWEEGiM upcoming production (as well as the Dunk Lows). Thursday, August 23rd 365moons will open from 7 – 11 pm. Via Vinylpulse. 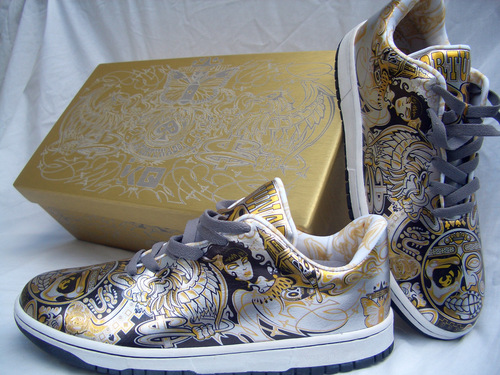