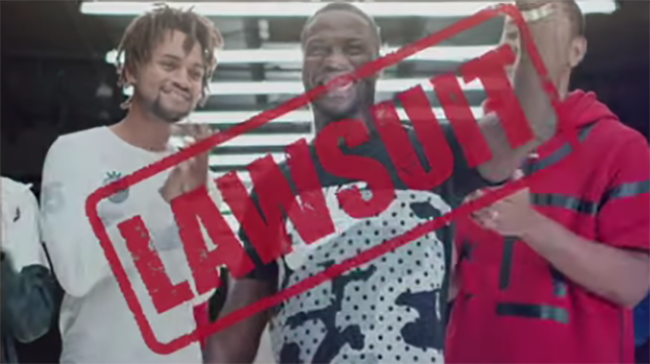 You will see more of Kevin Hart in the sneaker world as he recently unveiled his first signature shoe, the Nike Trainer Hustle Harts. Now the iconic comedian is teaming up with Foot Locker to launch a couple commercials titled ‘The Foot Locker February Collection’ and ‘Borrowed’.

The first segment, Hart teams up with Golden State Warriors Draymond Green. Kevin Hart attempts to launch his clothing line during February, the same time Foot Locker is launching their own. This leads to a lawsuit against Hart for passing the Foot Locker collection off as his own.

The second is for Kids Foot Locker and features Hart’s son. To sum it up, Kevin is borrowing his sons sneakers and clothing due to the two wearing the same size.

We have embedded both Foot Locker commercials below for you to watch. Are you a fan of either? Let us know by leaving a comment.