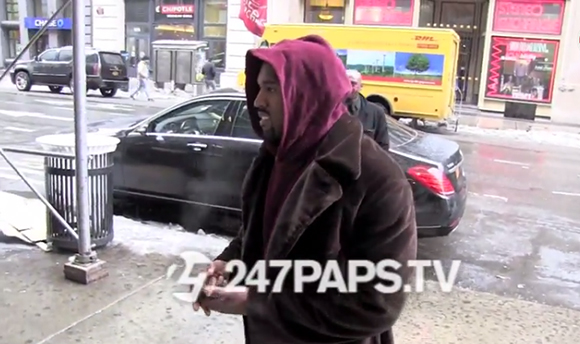 Well this is odd. Rumors quickly circulated and even a pop up page from adidas describing a solar red adidas Yeezy Boost was to come. This rumor seemed to bring some light to the line according to the feedback we received via social media. As the paparazzi continue to follow Kanye West in New York, he stated on video that there would not be a solar red adidas Yeezy Boost.

A man standing next to the same fan that will receive a pair of the Yeezy Boost asked “is there any solar red or naw”?. Kanye responds “we not doing red no more”. Looking back, the screenshot from the adidas page could have been a photoshop, but it is weird that the two won’t release a red based sneaker. Kanye is known for his Red October work and without a doubt would sell out instantly.

So there you have it, no Solar Red adidas Yeezy Boost or Yeezy 750 Boost.