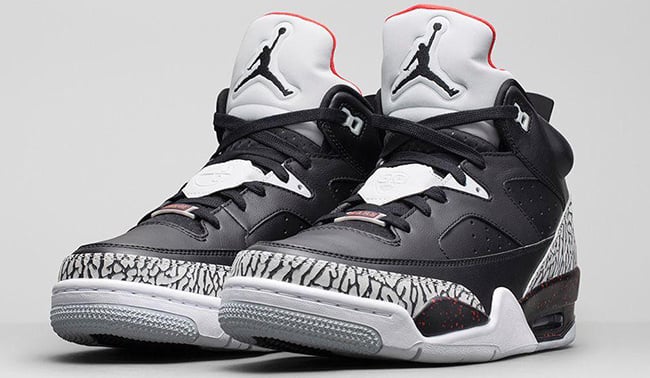 Next up from Jordan Brand and the none signature models is the Black Cement Jordan Son of Mars Low. While we have gave you a few looks in the past, we now have official images.

Anyone that follows JB and knows at least some of the history will see where this pair of Jordan Son of Mars Low came from, but if you don’t it’s the Air Jordan 3. Featuring elephant print, black leather uppers with university red and grey mist hints throughout.

The Black and Cement Jordan Son of Mars Low will officially release to retailers on June 10th, 2015. Retail price is $140. For some, this might be the only chance for sometime to buy a AJ3 like sneaker, since Jordan Brand has retired the model for now.

Although a popular color scheme made by the Air Jordan 3, the Black Cement Jordan Son of Mars Low will be an easy cop. All Jordan Brand accounts will have them including online retailers. The release will not be something you have to wake up early for. For those wanting before the official release, you can try your luck on eBay. 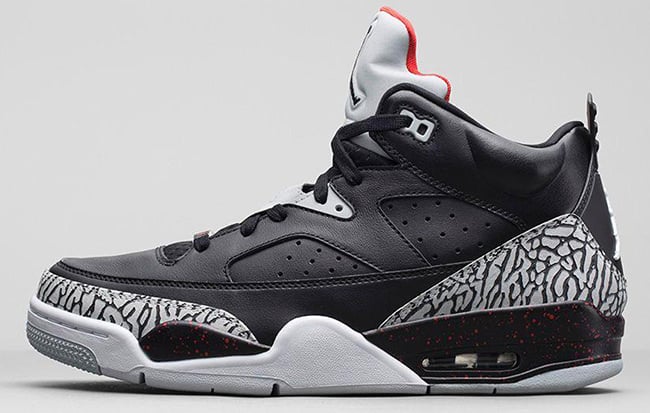 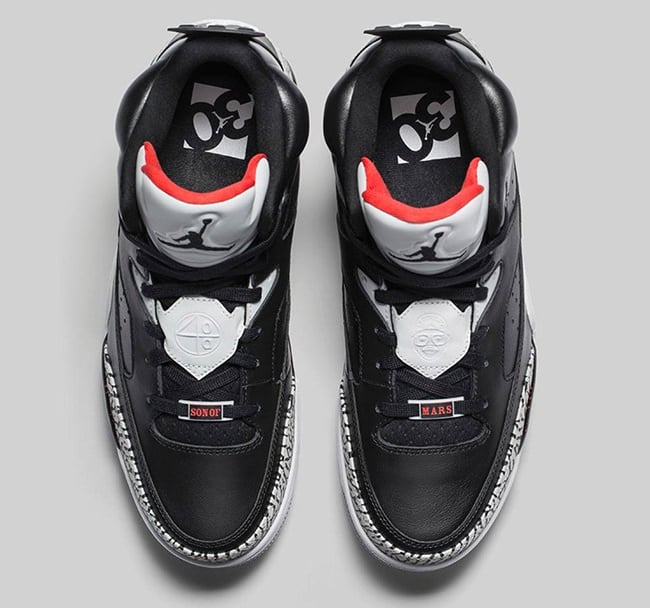 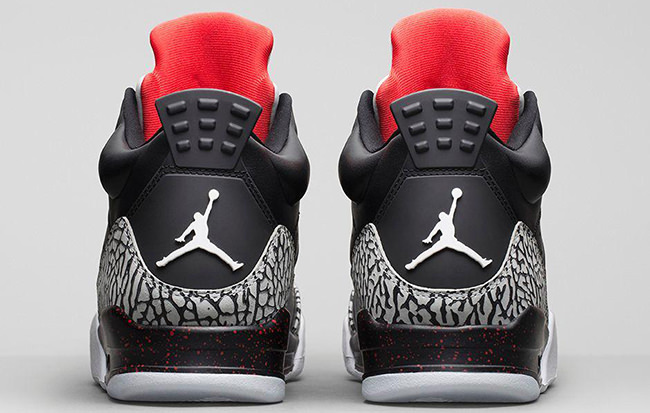