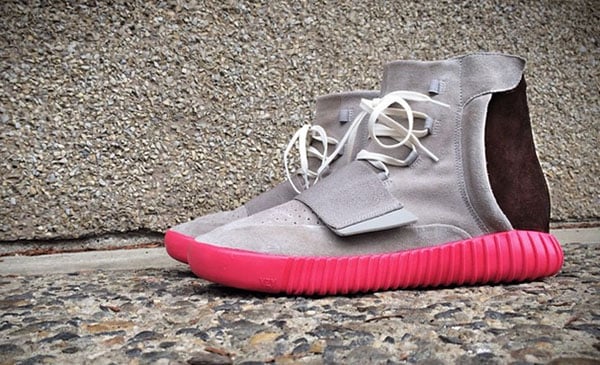 Like we mentioned in the last custom adidas Yeezy article, more and more recreations of the shoes are starting to pop up. The color scheme allows the shoes to be easily customized and some better than others. Mache has filled an order which grabs inspiration from a past Yeezy sneaker. No it’s not with Nike but his stint with Louis Vuitton.

Mache has done it again, this time creating the Jasper adidas Yeezy 750 Boost custom. Using a different yet similar grey on the uppers, he then applies pink to he midsole and deep brown on the heel.

adidas and Kanye have promised that more colors of the Yeezy 750 Boost would release, but we have yet to hear any additional information as of yet. 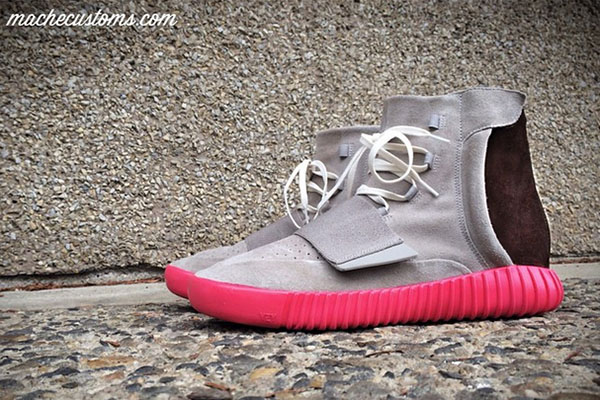