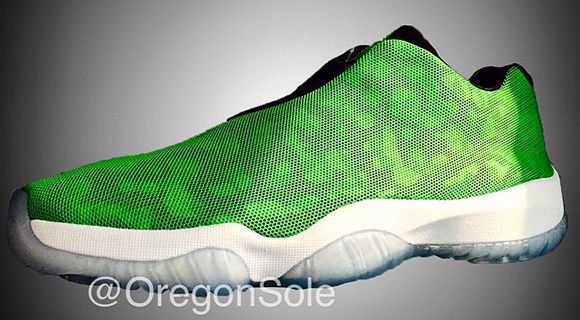 Jordan Brand will get creative with the upcoming Jordan Future Low releases. So far we have seen some straight forward color schemes while the materials on the upper varied. Now we have our first outside of the box Future Lows which comes with a camouflage upper.

Known as Green Camo, due to the green mesh upper and camouflage pattern, white lands on the midsole while the are capped off with a translucent sole.

The Jordan Future Lows will start releasing late February to early March, but a specific release date for the Green Camo is unknown for now.