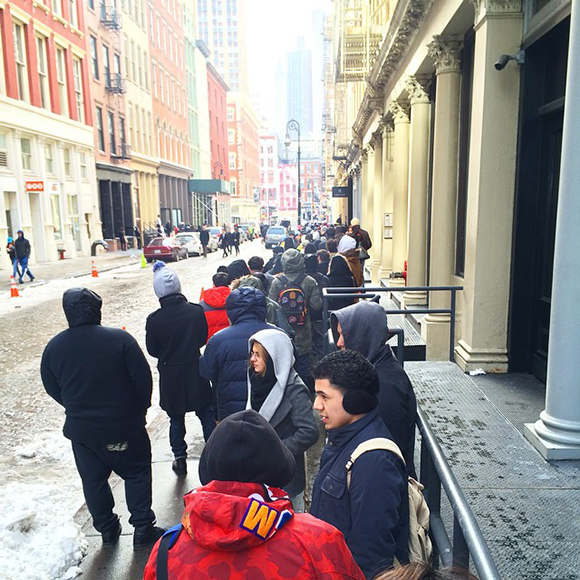 Yesterday, NikeLab announced they would start handing out raffle tickets for the Just Don x Air Jordan 2 release at 21 Mercer today, January 29th. The raffle would begin at 11 AM and end at 5 PM and as you expected a lot of people showed up.

Around 1 PM the store had closed and the New York Police department showed up and shut things down. No reports of violence or rioting, according to sources that were at the raffle said the reason the police gave for shutting the event down was because to many people were there. Instead of some sort of crowd control or just the police presence there to make sure the event goes smoothly, they just decided to shut it down.

As of now, Nike has not confirmed if more raffle tickets will be handed out, but we will let you know if they do. You can see a short video below of one police officer telling people to go.