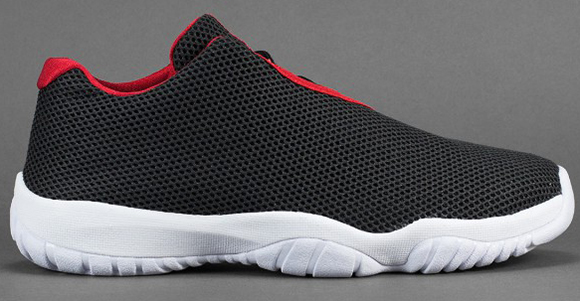 The Jordan Future Low continues to roll out and had already been a hit with its short existence. We have seen a few color ways, but now we have a new pair taking the iconic ‘Bred’ theme and placing it on the Future Low.

While the color blocking isn’t the same as the Bred Air Jordan 11, it does use pretty much the same colors. Featuring a black mesh upper, university red accents the liner, hinted on the tongue and carbon plate. White lands on the midsole and sole.

The Bred Jordan Future Low has begun hitting European stores like Solebox, which means that the U.S. should be receiving them soon. 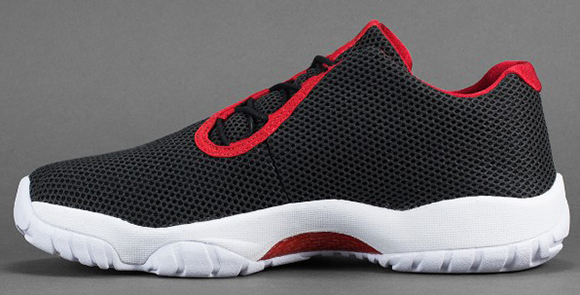 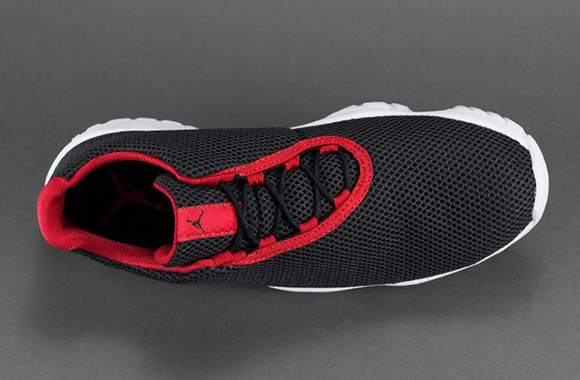